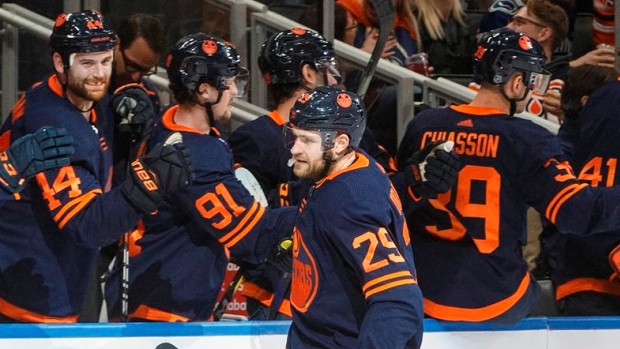 In any normal season, ballots for the NHL Awards would have arrived in the inboxes of voters from the Professional Hockey Writers Association.

They would typically be due next Wednesday, before puck drop on what was to be the opening night of the Stanley Cup playoffs.
But the puck won’t be dropping on the playoffs on Wednesday - and not in the foreseeable future - with the NHL season on pause since March 12 with the outbreak of the COVID-19 virus.

You can add how to handle the Awards to the long list of items the NHL and NHL Players’ Association must sort out. But it’s understandably not near the top of anyone’s priority list at the moment, given all that’s going on the world.

“I have not even begun to consider it at this point in time,” NHL deputy commissioner Bill Daly told NHL.com a few days ago. “So I can’t tell you one way or the other on that.”

In a perfect world, the NHL would find the right moment to hand out hockey’s most prestigious individual honours, just like they have with the Hart, Norris, Calder, Selke and Vezina trophies annually - some of them for nearly 100 years.

But a decision on the Awards will likely have to wait until one is first made on the balance of the regular season schedule.

Enough hockey has likely been played to determine the winners. More than 85 per cent of the 1,271-game schedule has been completed, a tidy average of 70 games for each of the 31 teams.

The Awards have twice been handed out with less than the full slate completed, the two 48-game, lockout-shortened seasons of 1994-95 and 2012-13. In 1995, they produced a memorable Hart acceptance speech from an emotional Eric Lindros. In 2013, the Awards were handed out over two nights in mid-June during the Stanley Cup Final in Chicago.

Those seasons were shortened but still played to their scheduled completion. This is a different beast.

Perhaps the only true comparable, if one even exists, is the 1994 Major League Baseball season that abruptly ended the season on Aug. 12 - wiping out the World Series for the first time since 1904.

Even in that season, the Baseball Writers' Association of America still decided to hand out their hardware.

Then-BBWAA national president Rick Hummel relayed on Thursday that he called for a vote with association members at the 1994 All-Star Game in Pittsburgh. They knew a strike was on the horizon and wanted to chart a path forward.

The BBWAA voted to go-ahead with their honours, even though there was dissent. The prevailing wisdom was that each team had played approximately 115 games; the BBWAA still handed out all of their major awards in 1981, when only 105 had been played (70 per cent of the season) and the season was split into two halves.

In other words, history suggests that the NHL Awards will not go by the wayside for the 2019-20 season. Enough games have been played to fairly determine winners - with maybe more still to come. But ballots cannot be distributed until it's known whether games will be played or not.
Until then, we’ll have plenty of time to research and wrestle with our ballots.

We’ve gone ahead and assembled a blue-ribbon panel of TSN analysts to give you their thoughts on where the Awards stand with the NHL on pause: