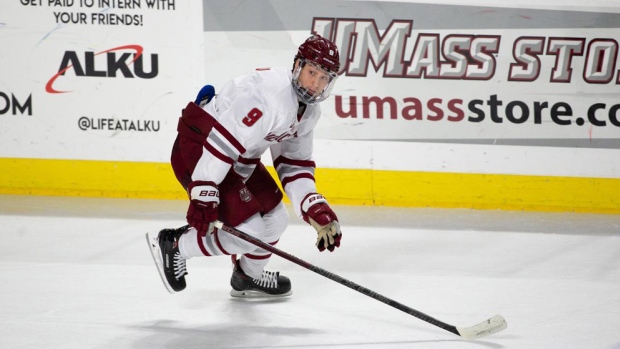 The 21-year-old centre from Amherst, MA just completed his junior year at UMass-Amherst.

"John is a high-end shooter who is creative with the puck," Sharks general manager Doug Wilson said in a statement. "He took big steps in both his fitness level and all-around game and became one of the most dominant offensive players in college hockey this season. We are excited to see his continued growth as a member of the Sharks organization."

Leonard appeared in 33 games for the Minutemen, leading the nation in goals with 27 and adding 10 assists.

Prior to attending UMass, Leonard played for two seasons with the Green Bay Gamblers of the USHL.

The Sharks originally took Leonard with a sixth-round selection in the 2018 NHL Entry Draft.