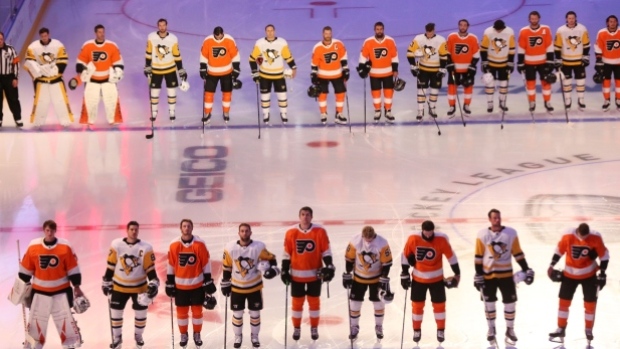 The National Hockey League plans to address social injustice on Saturday prior to puck drop after a 142-day pause, but members of the Hockey Diversity Alliance say they aren’t buying the authenticity of the league’s message.

HDA co-head Evander Kane, a San Jose Sharks winger, says the newly formed group comprised of nine current and former players has been unable to find common ground with the NHL after more than a month of dialogue.

“The NHL can put ‘Black Lives Matter’ all over the rink, shout ‘Black Lives Matter’ from the mountains,” Kane said this week in a phone interview. “No matter what they do or say, it’s all going to fall on deaf ears with me and every other person in the HDA because the league has made no effort to support its own Black players.”

Kane said the HDA has made presentations over the past several weeks – including a detailed PowerPoint proposal with specific asks to NHL commissioner Gary Bettman and senior vice president of social impact Kim Davis – but the league has yet to agree to any of them. Discussions remain ongoing.

When asked to respond to Kane’s claim about the lack of support, Davis responded: “To the assertion that the league has made ‘no effort to support its own Black players’, I’m not sure what this means — generally throughout the years?” Davis wrote in an email. “Specifically relating to the HDA? Has [he] spoken to all 19 of the active Black players across the league? Just not sure on what basis this conclusion was reached.”

The HDA and NHL met on Wednesday afternoon in a Zoom call that Kane characterized as “pretty hostile at times.”

Davis said the NHL plans to formally unveil the league’s return-to-play campaign called “#WeSkateFor" on Saturday before games in the Toronto and Edmonton hubs.

But Kane said the NHL’s “#WeSkateFor” – with a blank ending to be filled in by players and teams – dilutes the HDA’s campaign to eradicate racism across hockey by broadening the social scope.

“We support all of those issues and we always have,” Kane said. “But this is the NHL’s campaign to talk about our issue. They’re trying to wrap all of these separate issues – including mental health, LGTBQ, women’s rights, everything – into one, when our message is about racism. It completely yet again misses the mark and is so out of touch with what we’re talking about.”

Kane said the HDA was not advised of or consulted on the NHL’s #WeSkateFor initiative, nor has it been involved or asked for an opinion or advice on Saturday’s Qualifying Round-opening messaging.

"Seriously, one of the #WeSkateFor things in a presentation was '#WeSkateFor These Moments.' I'm not even kidding,” Kane said. “It's disappointing the lack of interest we're facing in addressing systemic racism in our sport."

Davis asked on Thursday for the HDA to reserve judgment until after Saturday’s ceremonies.

“Until you see how the treatment of anti-racism and ‘Black Lives’ actually rolls out on Saturday, it’s probably premature to judge how effectively we deliver the message, and whether we’ve ‘missed the mark’,” Davis wrote.​

“Our overarching social justice banner is #WeSkateFor Equality, under which we will specifically amplify ending racism and skating for Black Lives,” Davis wrote. “The opening ceremony will – through video, narration and signage – demonstrate our commitment and gratitude to our fans, our communities, and those who have been on the frontline of both the racial injustice and health pandemics.”

Frustration has grown within the HDA in watching the NHL’s messaging before exhibition games this week inside the Edmonton and Toronto bubbles.

Over the first two days of exhibition games, teams have joined together on the blueline or around the centre-ice circle, but Kane said the message surrounding that has been vague, too. Two teams said they were standing in solidarity. The Vancouver Canucks said they joined together with the Winnipeg Jets “in support of all frontline workers and against acts of racism and acts of hate.”

“Solidarity? Solidarity for what?” Kane asked. “No one wants to admit there is an issue in our game.”

"It's a start," Dumba said in a phone interview. "But each team is going to say and do something different. Does that address the issues behind it? I don't know. I don't think so."

Kadri told reporters after the game: “We’re all trying to make it better. We’re trying to make the game more diverse and the diversity in the game doesn’t happen with racism still going on. So that’s an important thing for us to address. As players we have addressed that. From a league standpoint, you know, I think we’d like to see a little bit more acknowledgement and having them address the situation and know that they stand with their players.”​

Kane said the HDA has proposed a series of reforms, including a pledge initiated by the HDA to eradicate racism in hockey, a commitment to hiring targets for Black hockey and non-hockey employees around the NHL, and funding of key HDA initiatives, including grassroots programs to provide a lifeline to kids from minority backgrounds.

To accomplish that, Kane said the HDA asked for $10 million (U.S.) per year, or a little more than $300,000 per team. Formally established June 8, the HDA is being advised by five prominent Black Canadian businessmen and lawyers and receiving guidance from former NFL quarterback Colin Kaepernick.

Davis says the NHL is taking the HDA’s asks seriously.

“I have met with the HDA four times and commissioner Bettman has joined three of those meetings, all have run in excess of 1-1/2 to two hours,” Davis wrote. “Given all that is going on to get hockey up and run, this (at least in my opinion) demonstrates commitment and desire to partner. There are many details in the HDA’s ask of the NHL, and as in any partnership, it is a two-way dialogue. We are committed to collaborating with the HDA, we look forward to harnessing their passions, insights and expertise to grow the game, and are confident that we will work through the details.”

The HDA also asked the NHL for recognition and visibility as part of the NHL’s return-to-play format.

Dumba, the Wild’s King Clancy Trophy nominee for humanitarian contribution to his community this season, said HDA members are the most qualified people in the league to address racism in hockey because all nine have faced it during their careers.

Davis wrote, “Let me say that I have nothing but respect for the lived experiences of every member of the HDA and other Black players, Players of Colour and minorities in our sport who have had to endure racism and discrimination throughout their hockey journey.”

“There is no better group to address the issues of right now,” Dumba said. “We are dialled in. We are men of action, taking action. We’re doing this so the kids that look like us, that come after us, know people are willing to fight and use their voices. We’re trying to be that protector, to help suppress negative thoughts and be there for kids to generate a safe environment.”

It's why the HDA views Saturday's restart as a significant milestone for the NHL to recognize the change that occurred in the world between games.

“I think it’s a pivotal weekend, whether they see it this way or not,” Dumba said. “Change doesn’t just happen overnight. There’s still time left for these guys to make this right. We’ll see."