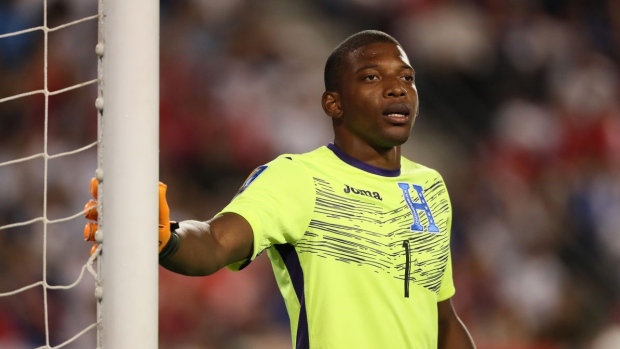 Honduras has played in three World Cups, but reaching their fourth at Qatar 2022 is exceedingly unlikely.

After eight matches in the third round of CONCACAF qualifying, nicknamed the "Hex," Honduras is winless and sits dead last in the table on just three points. The team is 11 points adrift of Panama in fourth for the continental playoff spot with only six matches remaining. Their role in the remainder of these qualifiers is to play spoiler and that gets underway on Thursday night at home to Canada.

One of the three points accrued by Honduras came by virtue of a 1-1 draw against the CanMNT at BMO Field in Toronto on Matchday 1 last September. They've proven to be able to frustrate Canada once already and will look to do that again in San Pedro Sula on Thursday. While the team doesn't possess the firepower or big names you'll find on Mexico or the United States, there is enough quality on these team to make Canada's night an unpleasant one.

Let's take a look at a few of the key players for Honduras.

Maynor Figueroa, DF - The oldest player on this Honduras squad at 38 and its captain, you might recognize Figueroa's name for the years he spent in both the Premier League and Major League Soccer. After six seasons at Olimpia, the Honduran Liga Nacional's most successful club, Figueroa made the jump to England in 2007 with Wigan Athletic. He would go on to make 179 appearances across all competitions for the Latics and was a member of the Wigan squad that famously defeated Manchester City 1-0 in the FA Cup Final on a stoppage time goal from Ben Watson. That Wigan team also made history by being the first team to ever win the FA Cup and get relegated in the same season with Figueroa staying in the Prem for two more years with Hull City before jumping to MLS in 2015. Figueroa has spent the past seven seasons in MLS with the Colorado Rapids, FC Dallas and Houston Dynamo, winning a Supporters' Shield with FCD in 2016. A physical defender, Figueroa has never been afraid to put his whole body into a challenge and his substantial presence will be something the CanMNT attack will have to contend with on Thursday night.

Romell Quioto, FW - Romell Quioto will be no stranger to most players on the Canada squad. In fact, he'll be a teammate for some of them. The 30-year-old has spent the past two seasons with CF Montreal after a trade from the Houston Dynamo. In 38 league appearances over two seasons with Montreal, Quioto has 18 goals and led the team in scoring both years at Stade Saputo. Capped 54 times by Honduras, Quioto has 12 international goals, but none during Hex qualifying. Manager Fabian Coito has cycled through his attacking options quite frequently during qualifying and Quioto is yet to play more than a half thus far. Honduras has only scored five goals in eight matches and desperately need somebody to step up to provide offence as they play out the string of matches. Might Quioto be that person?

Buba Lopez, GK - Buba Lopez became a hero in Honduras during the 2016 Summer Olympics in Rio de Janeiro. The team became the first ever Central American country to reach the semi-final stage and play for a medal and it was in large part thanks to Lopez's performance in the quarterfinals against South Korea. Lopez stood on his head, making save after save, improbably keeping Honduras alive. Famously, Lopez made three point-blank saves in succession against Tottenham Hotspur superstar Son Heung-min that ensured that Alberth Elis's 59th-minute marker would be the game-winner. While Honduras didn't come home from Brazil with a medal, Lopez ensured the squad did their country proud. Lopez has been with Liga Nacional side Real Espana since 2013 with a brief loan spell at Los Angeles FC in 2018. He was named in the CONCACAF Nations League Finals Best XI for 2021. With goals coming at a premium for Honduras, it's often left up to Lopez to keep his team in matches and it's challenge he's more than capable of meeting.