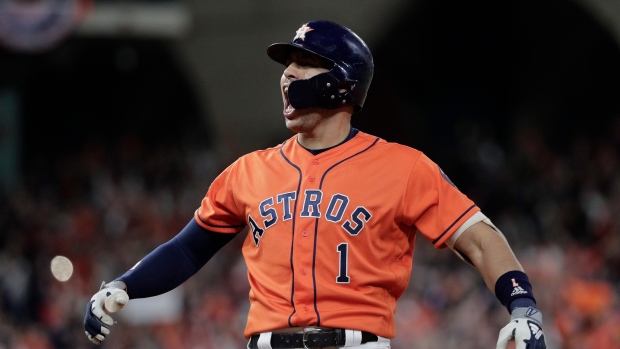 Houston Astros shortstop Carlos Correa is an unrestricted free agent at season's and would like to remain with the team, but he doesn't intend to talk about a new deal during the season.

Still, the 2012 first overall pick of the MLB Amateur Draft says that discussions about a new deal haven't gone anywhere to this point.

"There's no talks right now about that - talks are nowhere right now," Correa said in a spring training availability. "I leave that up to my agent and the organization, but right now, there's no talks about it. I haven't heard from them since the arbitration was settled. That's where we are right now."

Carlos Correa can become a free agent after the season: “If the #Astros want to extend me I would like to get it done before the season starts.Once the season starts-I feel like I’m gonna have such a great season, I don’t want to be involved & distracted with those conversations” pic.twitter.com/59J9K8Hzky

The 26-year-old Correa says he's so focused on the upcoming season that any talks during it will be a distraction.

An All-Star during the team's 2017 World Series-winning season, Correa is entering his seventh big-league campaign.

Correa and the Astros avoided arbitration earlier this month and came to an agreement on a one-year, $11.7 million contract for 2021.