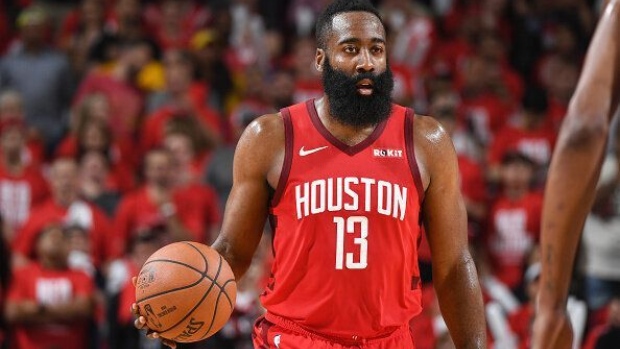 "I think once the media, they create a narrative about somebody from the beginning of the year, I think they just take that narrative and run with it the entire year," Harden said in an interview Wednesday with  Houston radio station KBXX 97.9 The Box. "I don’t want to get into details. But all I can do is control what I can do, and I went out there and did what I was supposed to do at a high level.”

"There’s only a few other seasons that anybody's ever done that before. ... People were tuned in onto how many points that I was going to score the next game."

Harden, who averaged 30.4 points per games during the 2017-18 season, where he was named league MVP, improved his scoring to 36.1 ppg during the 2018-19 campaign while also adding 7.5 assists. Last season, the prolific scorer put up 30 points or more in 32 consecutive games, which is the second longest streak in NBA history behind Wilt Chamberlain's 65-game streak. Harden's Rockets ultimately finished the regular season tied for the third-best record in the Western Conference.

"One for the books," Harden said in regards to his performance last season. "Even when I'm gone they're going to talk about it."