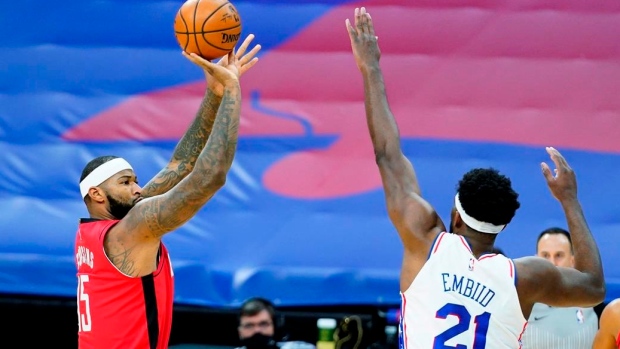 Cousins was waived this week after signing a $2.3 million contract with Houston in the off-season. He returned to the court this season after missing all of last season while recovering from a torn Achilles tendon.

The 30-year-old Cousins was averaging 9.6 points and 7.6 rebounds this season playing in a reserve role.

The four-time All-Star has averaged 20.8 points and 10.7 rebounds in an 11-year career in which he also played with Sacramento, New Orleans and Golden State.