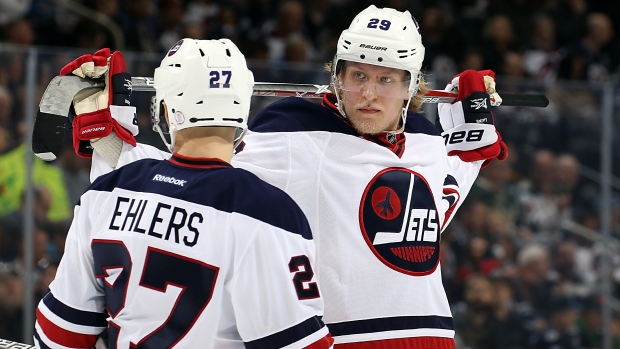 If there’s one fair, and legitimate, criticism of Winnipeg Jets head coach Paul Maurice, it’s that he really hasn’t been able to stop his team’s bleeding on the penalty front.

This is a major issue, and one that’s pronounced because of the way scoring has evolved in the modern NHL era. Teams simply don’t find the back of the net very often and, because of that, each incremental goal above zero has a major impact on win probability.

There are plenty of reasons for the above - the improvement of goaltending and the sheer time teams spend playing 5-on-5 are two of the big ones - but, like most rules in life, there’s a caveat. While goal-scoring has really slowed, power-play activity has picked up. Teams appear to be getting better at beating goaltenders with the man advantage, and that’s becoming increasingly critical in an otherwise low goal-scoring environment. 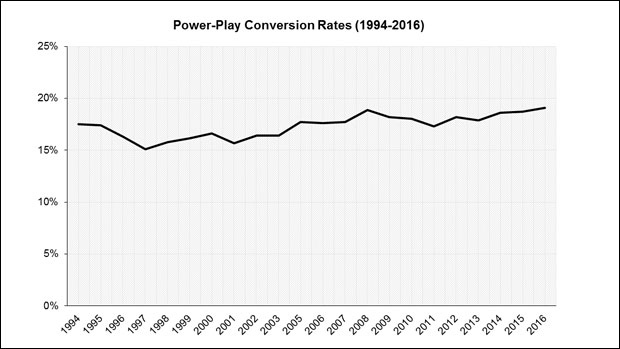 We are now in a three-year stretch in which your average team is converting on about 19 per cent of power-play opportunities. That’s a full point better than the beginning of the “modern era” in 2007, and three to four points better than the lows observed before the 2004-05 lockout. Now, again, referees might be swallowing their whistles more, but when given the opportunity, teams are generally converting.

Why is this bad news for Winnipeg? Well, Maurice took over the Jets in the middle of 2013-14, and has effectively coached three “full” seasons since then. Under his watch, the Jets have become notorious for their consistent parade to the penalty box, and it’s remained that way for years.

Playing with this sort of edge isn’t an issue if your team is drawing just as many penalties as they are taking. Winnipeg, to their credit, has done a reasonable job at drawing penalties. But, as you can see in the table below (2014-17 data), it’s never been enough to completely counterbalance the number of times they have ended up short-handed. And as your penalty differential increases, so, too, will goal differentials and win differentials. 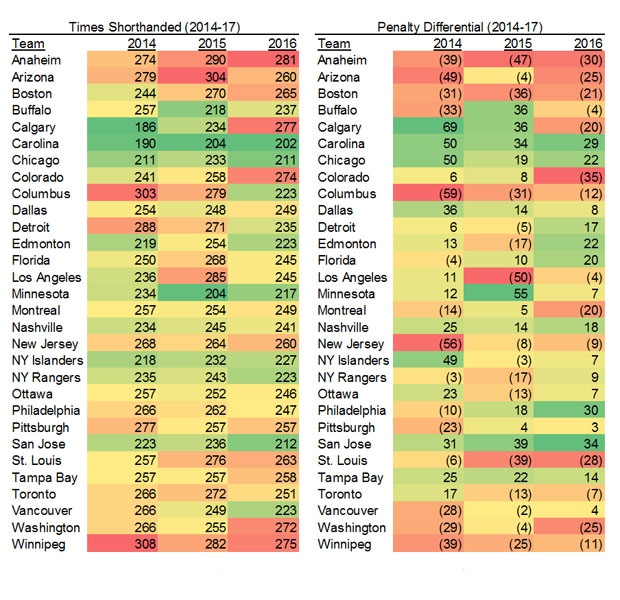 If you look at Winnipeg’s three-year horizon, you might say, “Hey, they cut their penalties taken by 10 per cent from 2014-15,” and you would be right. But I’d be remiss to not point out that such improvement is more about clearing a very low bar than anything else. The penalties the Jets have taken rank, by year, 30th, 27th, 28th. At the end of the day, no team has taken more penalties.

That -75 penalty differential over three years is also meaningful. Again, teams are scoring on about 19 per cent of chances. Simple math means that Winnipeg’s inability to stay out of the box has cost the team around 15 goals.

That’s a lot of goals, but it’s still probably understating the real impact it’s had on Winnipeg. For starters, every minute the Jets have spent on the penalty kill is a minute they haven’t spent at even-strength. They have been reasonably strong at 5-on-5, scoring about 51 per cent of their goals.

The above also wouldn’t take into consideration something like goaltending – Winnipeg’s has been, at best, questionable for years now. Forcing already shaky goaltenders to burden an inordinately high number of shots faced on penalty kills seems like a great way to submarine your chances of winning.

For Maurice, this is an issue he’ll have to clean up in 2017-18. Winnipeg has a talented group of players and the Western Conference is not nearly as difficult to maneuvre as it once was. So, the window is open. Can the team stop shooting itself in the foot, or will the Jets spend another off-season watching playoff hockey from afar?