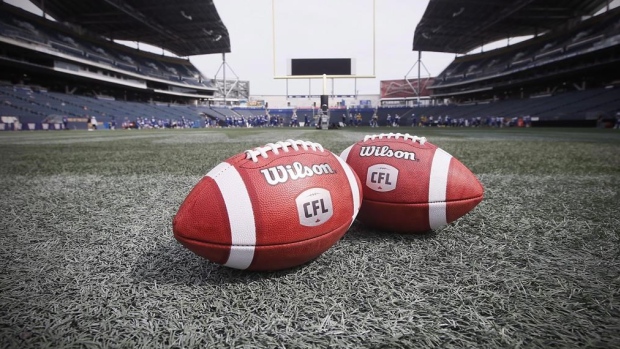 Dave Naylor has the latest on a quiet day that didn't consist of any talks between the CBA and the CFL Players Association. With preseason games scheduled to begin next week, Naylor believes they could start getting cancelled in the next few days if no progress is made.

DAVE NAYLOR: Monday was another quiet day across the Canadian Football League. The second day of the CFL strike, everywhere expect Alberta where the Edmonton Elks and Calgary Stampeders were able to practice again. Those teams are eligible to join the strike on Wednesday. Meanwhile, players were at their training camp sites, not able to use the weight room, not able to use the facilities, just waiting to be able to practice. Meanwhile, there were no talks on Monday between representatives of the league and the Players' Association and at this time there are no talks scheduled for the rest of the week. Although it's possible that a mediator could try and get the sides together. The question now we're wondering is: how long until the league has to cancel or reschedule the first preseason game of the year? That's next Monday, May 23 - Winnipeg at Saskatchewan. It is believed that if there is not a CBA agreed to between the two sides by Wednesday of this week, that game will have to be cancelled or postponed."