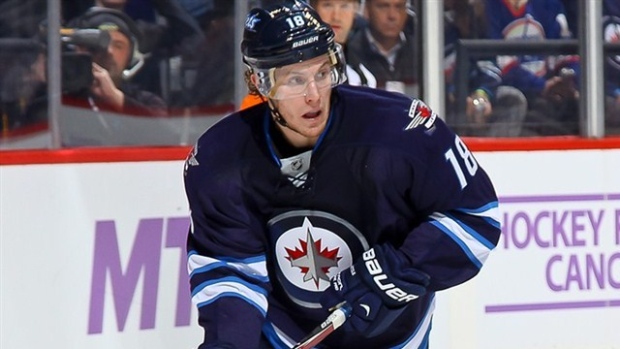 Head coach Paul Maurice told reporters that the team is erring on the side of caution and will not play Bryan Little tonight against the New York Islanders.

Little sustained a concussion in the Jets' final preseason game after a collision with Luke Kunin of the Minnesota Wild on Sept. 30. He was cleared for contact on Wednesday and took part in practice on a line with Kyle Connor and Nikolaj Ehlers.

The 31-year-old had one assist in three games during the preseason. He had 15 goals and 41 points in 82 games with the Jets last season.

Forward David Krejci is out with an upper-body injury for the Bruins Thursday as they host the Tampa Bay Lightning. Par Lindholm will draw in in his place.

Krejci took part in the first half of Wednesday's practice after leaving Monday's game against the Anaheim Ducks early.

Here were their lines at the morning skate with Krejci out:

Nick Cousins is set to make his regular season debut Thursday against the Minnesota Wild while Cale Fleury will suit up after being a healthy scratch for the last four games.

Here were the lines at Habs morning skate according to TSN's John Lu:

Forward Nick Ritchie has been fined $4,121.86, the maximum allowable under the CBA, for roughing Buffalo’s Vladimir Sobotka, the league's department of player safety announced Thursday.