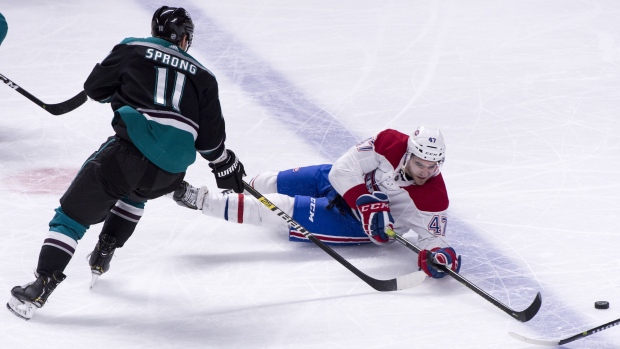 The Habs have placed forward Kenny Agostino on waivers. Agostino has appeared in 36 games for the Habs this season, recording 11 points (two goals, nine assists). He also has 10 points in 12 games with the AHL's Laval Rocket.

Defenceman Karl Alzner has cleared waivers and reassigned to the AHL. He was waived in the wake of the Habs acquiring defenceman Christian Folin from the Philadelphia Flyers.

Connor Hellebuyck gets the start against the Buffalo Sabres. Brendan Lemieux is a game-time decision, while Nic Petan will be in warm up. Dmitry Kulikov is out with an upper-body injury.

Carter Hutton is in net for the Sabres against the Jets. Zach Bogosian is out with an upper-body injury.

The Flyers have recalled forward Justin Bailey from the AHL's Lehigh Valley Phantoms. Since being acquired from Buffalo, Bailey has seven points in 10 games.

The Blackhawks have placed defenceman Luc Snuggerud on unconditional waivers. He has appeared in just four games this season, all with the AHL's Rockford IceHogs.