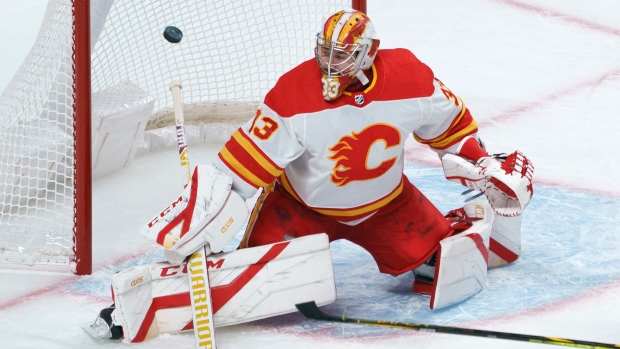 The Sens announced that forward Artem Anisimov has been recalled from the team's taxi squad, while Matthew Peca was re-assigned to it.

Peca drew in for Thursday's game and recorded an assist in 11:20 of ice time as the Sens fell 7-3 to the Toronto Maple Leafs.

1/2 Roster update: The #Sens have made the following roster moves:

Goaltender Joey Daccord has been re-assigned to @BellevilleSens.

Goaltender Kevin Mandolese has been recalled from the B-Sens and re-assigned to the team's taxi squad.

2/2 Roster update: The #Sens have made the following roster moves:

Forward Artem Anisimov has been recalled from the team's taxi squad.

In a corresponding move, forward Matthew Peca has been re-assigned to the team's taxi squad.

David Rittich will start in net as they take on the Edmonton Oilers Friday night according to TSN's Salim Valji.

The one thing we know -

Rittich has started just two games so far this season.

Valji also reports that Mike Smith will start for the Oilers against the Flames Friday night.

Mike Smith in goal for the Oilers; appears he'll get the start for Edmonton https://t.co/H8W5VN3JU9

The Canucks announce Thatcher Demko will get the start in net Friday night as the Canucks battle the Winnipeg Jets.

Demko gets the crease tonight. pic.twitter.com/GRSZiWFGfn

Demko has a 3.52 goals-against average with a .895 save percentage in 11 games so far this season.

Here were the lines during Friday's skate according to TSN's John Lu:

The Blues announced Friday afternoon that forward Ivan Barbashev sustained an injury to his left ankle and is being placed on the injured reserve list. St. Louis says he will be re-evaluated in six weeks.

Barbashev suffered the injury in the third period of Thursday's 3-2 overtime victory over the San Jose Sharks.

Ivan Barbashev sustained an injury to his left ankle and will be re-evaluated in six weeks. https://t.co/Ifpq5s3W7q #stlblues

Forward Nathan Walker has been recalled from the AHL Utica Comets.

He has four points in 17 career NHL games.

Tennyson has one assist and zero goals in 10 games so far this season.

The Capitals announced Friday morning that they have recalled goaltender Ilya Samsonov from the AHL's Hershey Bears ahead of their back-to-back this weekend against the New York Rangers and New Jersey Devils.

Goalie Craig Anderson has been reassigned to the taxi squad and Zach Fucale is headed to Hershey as corresponding moves.

Injured defenceman Michal Kempny skated on his own before practice Friday according to NHL.com's Tom Gulitti.

Caps D Michal Kempny (Achilles) skated on his own before practice today.

Looks like he's just starting out. Original timeline for his recovery from his surgery in October was 6-8 months.

Kempny had surgery in October to repair a torn Achilles tendon. Gulitti adds it appears Kempny is in the early stages of skating.

Goaltender Carter Hart will be in the crease for Sunday's matchup with the Boston Bruins at Lake Tahoe according to The Athletic's Charlie O'Connor.

Carter Hart will start Sunday's outdoor game. No shock there.

The league announced it has rescheduled a March 28 game between the Carolina Hurricanes and Tampa Bay Lightning to this Saturday.

The move comes as Tampa Bay had their second game in a row with the Dallas Stars postponed because of ongoing power issues associated with severe weather in the region. Read more about the schedule change here.