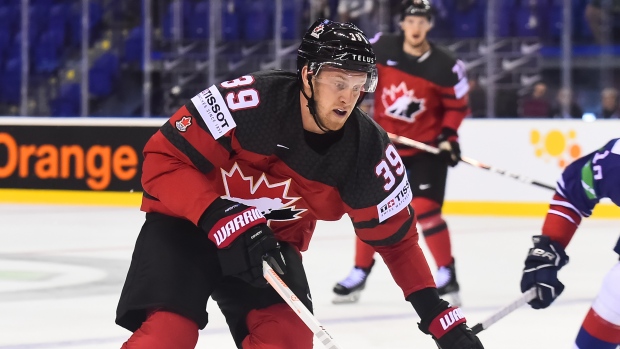 The International Ice Hockey Federation is reviewing Anthony Mantha’s hit on Colin White during Tuesday's game between Canada and the United States at the world hockey championship, according to TSN Hockey Insider Darren Dreger.

IIHF is reviewing Anthony Mantha’s hit on Colin White. There was clear contact to the head which earned Mantha a 2 min penalty and 10 min misc. 1 game suspension isn’t out of the question.

Mantha committed the hit in the second period and was given a two-minute penalty for an illegal check to the head and a 10-minute misconduct.

Dreger adds that a one-game suspension isn't out of the question.

Mantha is tied for the tournament lead with seven goals through seven games in Slovakia. He also has five assists.

Canada shut out the United States 3-0 to finish first in Group A.