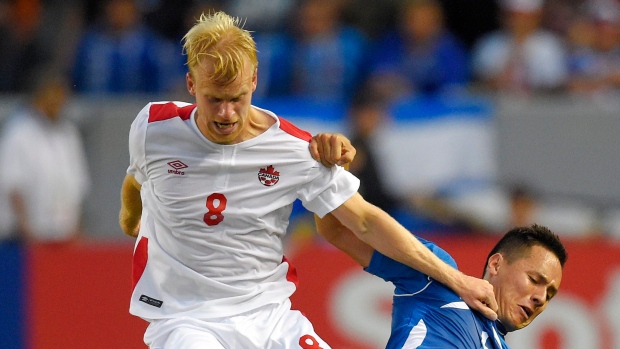 The 24-year-old Bekker, from Oakville, Ont., was drafted third overall by Toronto FC in the 2013 SuperDraft and was dealt to Dallas for allocation money before this season.

Bekker played eight times, twice as a starter, for Dallas this season and picked up his first career assist in a June 19 game against Colorado. He has played 37 regular season matches in three MLS campaigns.

Since making his national team debut in 2013 against Denmark, the five-foot-10 Bekker has played 16 times for Canada, including 10 starts. He played in the 2013 and 2015 Gold Cup tournaments and earned his first assist March 27 against Guatemala.

"We are happy to bring a young Canadian player to our team who has a lot of potential," Impact technical director Adam Braz said in a statement.

Soumare, 29, who had lost his starting job in the central defence, requested a trade this week.

"Bakary had asked us to be traded because he was not happy with his playing time," Impact coach Frank Klopas said. "I accepted his request and I am happy that we could find a quick solution, which is also positive for the club."

The six-foot-four Soumare was selected by Montreal from Chicago with the top pick in the second stage of the 2014 MLS re-entry Draft, on Dec. 18. The Malian appeared in 10 games, nine as a starter, for the Impact this season.

He had his best moments in Montreal's run to the CONCACAF Champions League in the spring, but recently he was benched in favour of Wandrille Lefevre and Victor Cabrera.

With MLS murky as ever on details of transactions, both teams added in their trade announcements that "as per MLS policy, further terms of the deal were not disclosed."