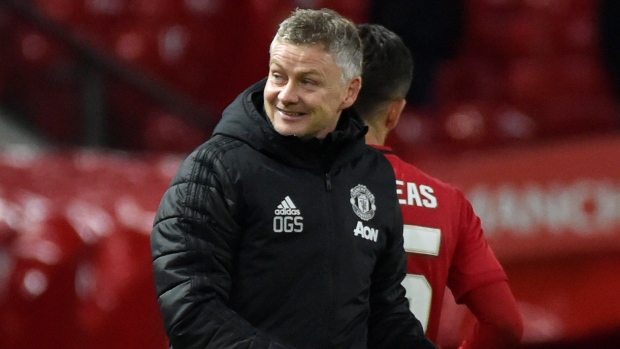 LONDON — A trip to Anfield is a journey into Manchester United's deepest anxieties.

Liverpool is the club setting the standards which United tries to emulate while dreading replicating Liverpool's three decades of anguish to reach this point.

When United plays the world and European champions on Sunday, the best United coach Ole Gunnar Solskjaer can hope for is slowing a title charge so relentless it seems a done deal with almost half the season still to play.

“It can be an intimidating place,” Solskjaer said Friday.

Especially since Liverpool holds a 14-point lead over Manchester City at the top of the Premier League - a largely unfamiliar position for a team which last won the championship in 1990. That title extended England's title record to 18, cementing Liverpool's status at the time as a soccer force with a collapse simply unthinkable.

But as the Liverpool dynasty faded, United was resurgent.

Once the team's 26-year title drought ended in 1993, Alex Ferguson ruled the Premier League. The trophy was collected by Ferguson for a 13th time before heading into retirement in 2013 and leaving United as the 20-time English champions with Liverpool's mark overhauled.

But United has not come close to winning the title since then, with just one runners-up finish while Liverpool is a force again under Juergen Klopp.

With Solskjaer the fourth manager in the post-Ferguson era, United is 27 points behind Liverpool going into Sunday's game. For the firth-place team the prospect of a 21st English title seems remote.

The drought is seven years and counting, but still far from Liverpool's 30-year barren run.

“That's what we're working hard to make sure doesn't happen and let that be a lesson for us," Solskjaer said. "They've been close a few times and we can't let ourselves go another 26 years until we win the league and I'm sure we won't, because I believe in this club. I believe that we will rebuild now. We've started something that is going to take a little bit of time, but we'll get there.”

Even if there is a little sign of that yet for a side that has lost six of its 22 games and is so lacking leaders in the dressing room that it had to appoint a player who has been at the club five months — Harry Maguire — as captain on Friday as Ashley Young departs.

A plus for Solskjaer is that he is the only manager to take points off Klopp this season in the Premier League in a 1-1 draw at Old Trafford in October. But Liverpool is enjoying a 38-game unbeaten run stretching into last season when it was beaten to the title by one point by Man City.

Whereas Liverpool's recruitment under American owner John Henry has been canny, United's Glazer family have appeared wasteful in signing costly established players in a misguided attempt to collect superstars.

From the return of problematic playmaker Paul Pogba to locking sullen striker Alexis Sanchez into a costly contract, United has showed just how badly it lacks a clear figure leading recruitment. Ed Woodward has led the club as executive vice chairman for seven years and the former banker has faced dissenting fan chants.

Liverpool, though, has sporting director Mike Edwards playing a key role in establishing a strategy for building a team. Selling Philippe Coutinho two years ago to Barcelona for 160 million euros (then $192 million) provided the funds to reinvest in the squad — signing goalkeeper Alisson and centre back Virgil van Dijk — and turn Liverpool into title contenders again while collecting a sixth European Cup.

Klopp is still surprised at United's lack of ambition in the October draw, seeing the team as too defensive.

“It's strange when you play against a high, high-quality team what United still is, and they play the way they play,” Klopp said Friday. "That makes life really difficult. ... I don't say they only counter-attack, but it's a main thing for them to do.

“If people want to see that as criticism, I cannot change that. But it's just a description of the situation and that, of course, makes life for us more difficult. If it's an open game then play football – here's space, there's space, stuff like this. But that's the way it is.”