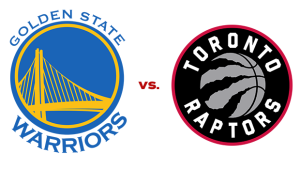 Leafs status report: Can Toronto survive with so much cap space devoted to four players?

With the NHL season on pause, TSN.ca takes a closer look at where each of the seven Canadian teams stand at the break.

The Toronto Maple Leafs held a record of 36-25-9 when the NHL season was suspended on March 12, owning a three-point lead over the Florida Panthers for the third and final playoff spot in the Atlantic Division. It's been a tumultuous season for the Maple Leafs, who have endured a coaching change, several injuries and a trade to shore up their goaltending.

The Maple Leafs began Sheldon Keefe's tenure as head coach 4-3 before appearing to find their stride under the new bench boss in early December. Starting with a 5-2 win over the defending Stanley Cup champion St. Louis Blues on Dec. 7, the Maple Leafs went on a 13-game stretch that would see them lose just one game in regulation before Jan. 6. The Maple Leafs improved their record from 13-13-4 entering the stretch to 24-14-5, setting the team up to push for playoff spot after a disappointing first two months of the season.

With backup goaltender Michael Hutchinson struggling the Leafs already in the midst of a four-game winless skid, the team called up Kasmir Kaskisuo from the AHL for his NHL debut against the Pittsburgh Penguins on Nov. 16. Kaskisuo's debut, however, would turn into a disaster as the Penguins thoroughly outplayed the Leafs, amassing a 5-0 lead less than 30 minutes into the game.

“We need to regroup, because that’s not good enough,” then head-coach Mike Babcock said after the loss, his second-last game with the team. “We didn’t play hard enough for long enough.

“As an athlete, you put on your sweater and you want to be proud of how hard you compete, and how hard you play for each other … We didn’t look after that.” 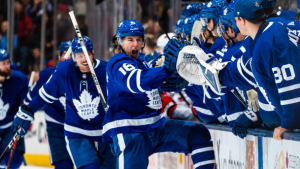 The Maple Leafs opened their annual "Next Generation" game on the afternoon of Dec. 23 with a goal from Jason Spezza just 30 seconds and led the Carolina Hurricanes 3-0 less than six minutes into the game. Within 15 minutes though, their lead had evaporated and by the end of the second period the Leafs trailed the Hurricanes 5-3. An early goal from Auston Matthews in the third period was quickly offset by Hurricanes forward Erik Haula and the Leafs appeared set to squander their once-promising start before a three-goal explosion spearheaded by Mitch Marner. In the span of just 51 seconds, Marner scored two goals and set up Tyson Barrie for another as the Maple Leafs went from down 6-4, to leading 7-6. The team would add a late marker, holding on to edge the Hurricanes 8-6 in their highest-scoring game of the season.

"Our adrenaline was so high," said Marner, who had a game-high five points. "I think in that moment, you're just riding the high. You feel like you can play forever."

Babcock's tenure with the Maple Leafs came to an end 23 games into his fifth season with the team after a 9-10-4 start to the season. Sheldon Keefe, who had been serving as head ocach of the Toronto Marlies, replaced Babcock in the midst of a road trip, flying to join the team in Arizona with the Leafs winless in their past six games. Keefe quickly began making changes to the team's lineup, including pairing Auston Matthews with Marner. Keefe has posted a 27-15-5 record since taking over, a .628 points percentage compared to Babcock's .478 this season. 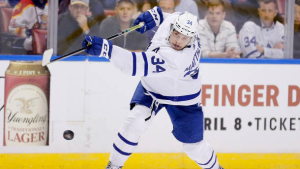 Matthews had a career-high 47 goals when the season paused, sitting just one goal behind Alex Ovechkin and David Pastrnak for the league lead. The No. 1 overall pick in 2016, Matthews appeared to a be a lock to become the fourth player in franchise history to eclipse the 50-goal mark and the first since Dave Andreychuk in 1993-94.

The Maple Leafs endured an 11-game stretch in February without back-to-back wins before a three-game streak which saw them defeat the Tampa Bay Lightning, Florida Panthers and Vancouver Canucks from Feb. 25-29. That stretch, however, was followed by the team dropping their straight games on their California road trip, including a 1-0 loss in a shootout to the Los Angeles Kings. The Maple Leafs then defeated Lightning again, 2-1, in their final game before the season was paused.