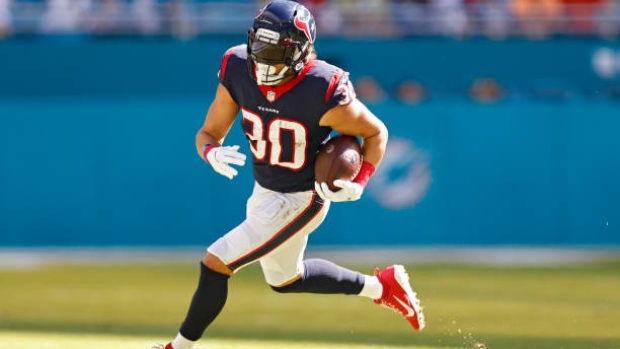 A new RB in Indy… https://t.co/kelnKfjo1l

Lindsay, 27, began the 2021 season with the Houston Texans, where he played in 10 games, rushing for 130 yards and a touchdown before being waived. Lindsay was picked up by the Miami Dolphins where he spent the remainder of the season. He appeared in four games, rushing for 174 yards.

Before his stops in Houston and Miami, Lindsay was a stand-out talent on the Denver Broncos. In his rookie year, the undrafted free agent out of the University of Colorado Boulder rushed for 1,037 yards and nine touchdowns in 15 games. He added another 241 yards and a touchdown through the air, earning a Pro Bowl nod and NFL All-Rookie Team accolades.

His sophomore season saw more of the same as Lindsay again ran for over a thousand yards (1,011) and scored seven touchdowns in 16 games.

Lindsay was placed on IR and released by the Broncos following the 2020 season.