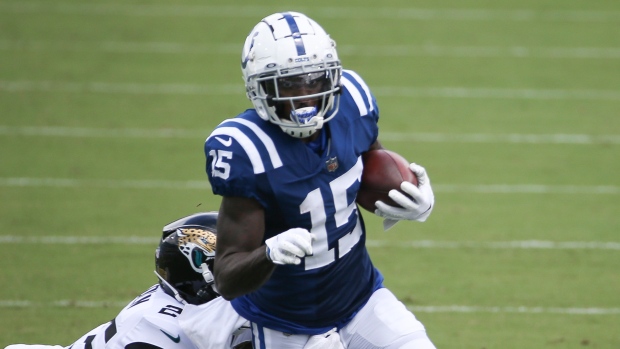 Indianapolis Colts wide receiver Parris Campbell was carted off on his first touch Sunday with what appeared to be a leg injury.

On a jet sweep to the outside, Campbell was hit down low by Minnesota Vikings safety Harrison Smith and stayed down clutching his knee.

Campbell was effective for the Colts in Week 1, catching six passes for 71 yards.

He also dealt with multiple injuries last season and only appeared in seven games.

Campbell was selected in the second round (No. 59 overall) by the Colts in the 2019 NFL Draft.