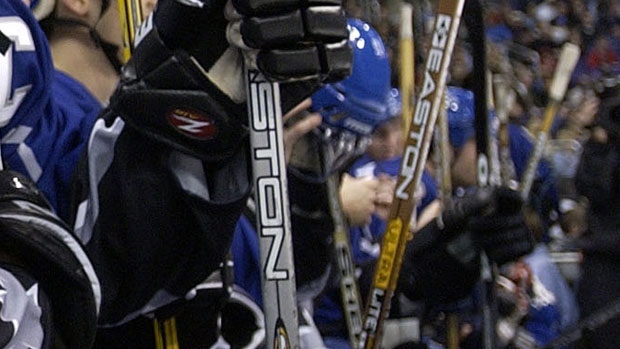 The NHL has a good idea how many of its former players are likely to be diagnosed with Alzheimer’s, Parkinson’s and other brain-crippling disorders, say insurance experts who specialize in the professional sports industry.

And lawyers for the 105 former players who are suing the NHL want access to the league's insurance policies and related medical documents to see those projections for themselves.

Late Friday, a lawyer representing the former NHL players named Brian Penny filed with the court a motion requesting an order directing the NHL’s current insurer, Chubb Corp., to produce all of its NHL-related documents.

Penny served Chubb with a subpoena for those documents on Apr. 20, 2015, but Chubb, which has been the NHL’s insurer since at least 2001, has refused the request.

Penny declined to comment through a spokesperson. Neither Chubb lawyer David Newmann nor NHL spokesman Gary Meagher replied to an email requesting comment.

“The likelihood that the NHL does not already know the probability of players getting Alzheimer’s and other brain diseases is nil,” said Mark Wahlstrom, the president of Wahlstrom & Associates, a Phoenix company that advises former professional athletes on insurance claims.

Chubb would have compiled actuarial valuations — a type of appraisal that requires making economic and demographic assumptions to predict future financial liabilities — to predict the probability of players suffering brain diseases before the company agreed to offer insurance coverage to the league, said Christopher Fusco, a New York lawyer who has worked on class-action insurance lawsuits filed by injured workers, but who is not working on the NHL case.

A group of 105 former players are suing the NHL in U.S. federal court in Minneapolis, charging that the NHL didn’t do enough to warn its players about the long-term risks of suffering multiple concussions. The league, the players say, profited from and marketed violence.

The NHL, on the other hand, counters by saying that any player complaints should be dealt with in arbitration, not in court, because of the league’s collective labour agreement with the National Hockey League Players’ Association. The league also says players could have “put two and two” together about the risks of returning to the ice after brain injuries.

In a May 18, 2015, letter to Penny, Chubb lawyer Newmann wrote that producing the documents “would impose undue burden and expense” on the insurance company. Chubb also objected to the subpoena because it would require the company to “produce material containing or reflecting confidential, proprietary, or trade secret protected information…"

It’s unclear when the court will hear arguments on Penny’s request for an order.
Insurance experts say the concussion lawsuit in the NFL offers a window into the sort of data that has likely been compiled by Chubb and the NHL — the only mainstream sports league to permit and promote bare-knuckle fighting.

As part of a proposed $1-billion settlement in the NFL lawsuit — a U.S. appellate court is deciding whether to approve the settlement after some 175 players opposed it — the NFL was required to make public data about the long-term health of its players. That data shows NFL players are far more likely than the general public to develop Alzheimer's disease, Parkinson's and other cognitive disorders. If the statistics held by Chubb are anything like those disclosed in the NFL lawsuit, they would be troubling for the NHL.

“It wouldn’t be good news for the NHL,” said Dr. Matthew Lorincz, an associate professor of neurology at the University of Michigan and a co-director of Michigan NeuroSport, the university’s sports neurology clinic.

But Lorincz said he suspects the statistics in hockey would not be as gloomy as those in football.

“There can be some big hits in hockey, but there’s not an offensive and defensive line that are teeing off on each other every play of every game,” he said.

The NFL admitted in court documents filed in September 2014 in U.S. federal court in Philadelphia that it expects nearly a third of retired players to develop long-term cognitive problems. The league admitted conditions are likely to emerge at “notably younger ages” than in the general population.

About 28 per cent of former NFL players — as many as 5,900 — will develop brain injuries that would merit compensation under the terms of the settlement, but only 60 per cent, or 3,600, of those players were expected to file medical claims, the NFL said in court filings.

According to assumptions produced by lawyers for the NFL’s actuaries and disclosed in September 2014, NFL players younger than 50 had a 0.8 per cent chance of developing Alzheimer’s or dementia, compared with less than 0.1 per cent for the general population.

The actuarial data presumes that 220 living NFL players have dementia now, and that about 1,500 will have the disease in the future.

The data was released publicly in response to petitions made by several media organizations and several of the 5,000 former NFL players suing the league.

Not everyone believes it's a certainty that the NHL has data related to players and brain disease.

Robert Boland, who teaches sports law at New York University, said that even if Chubb has documents about players developing dementia, it’s possible that they were never shared with the NHL.

“If you’re the league, you don’t want to know this data,” Boland said. “If you become aware of it, you really do have to deal with it. If this data is out there, and the NHL knew about it, it really does become a smoking gun against the league."

There are more than five million people with Alzheimer’s disease in the U.S., where there is no socialized Medicare, and the average monthly bill for a private room in a skilled nursing facility in the U.S. costs $6,900 per month, according to the American Elder Care Research Organization.

Then there’s the cost of medication.

“When someone has these illnesses, there is not enough money in the world,” Wahlstrom said.

Wahlstrom said he’s currently working with a former NFL player who is hoping to receive $620,000, his potential payout as part of the NFL’s concussion lawsuit settlement.

“The average time from when someone begins exhibiting symptoms until when they need full attendant care is three-and-a-half years,” Wahlstrom said. “Maybe he’ll be able to squeeze two or three years out of his settlement."

“Again, that’s why the insurance companies want to know what their risks are going to be. Medical care can produce a very big bill.”