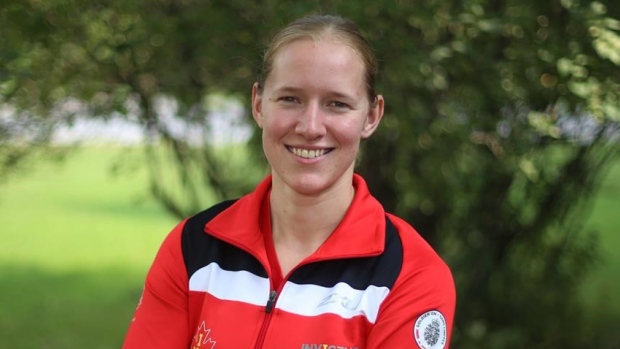 TORONTO — When Kelly Scanlan first signed up for the Invictus Games after serving in Afghanistan, she didn't realize the sporting event for wounded soldiers would pull her out of years of physical and mental injuries.

Scanlan first joined the Canadian Forces at the age of 16 and started training to deploy to Afghanistan at 18. During her training, she suffered her first injury, a completely torn ligament in her leg. She decided to push through the pain and deploy anyway, and at age 19, she left to spend eight months on tour as an infantry soldier in Afghanistan.

"Eventually I stopped going to the doctors, because none of them seemed to have an answer for me," said Scanlan. "I figured this was just how it was going to be and just powered through."

But when she returned home, the injury had worsened. Because the tear changed how Scanlan moved entirely, it shifted the entire right side of her body out of alignment and meant that she would have to re-learn how to walk properly. She had trouble using stairs and was less active in general as a result.

Beyond the physical injury, coming back home after serving abroad was a tough transition.

"When you first come home, it's a little strange because most of life is still the same," explained Scanlan. "But there's little changes here and there, and you're trying to find your place again, trying to fit in a puzzle piece that slightly doesn't fit in anymore."

It was around that time that the mental effects of her situation started piling on, and she started noticing some days where she didn't feel right.

"It was day here or there, then it became a week, and then it became months at a time," said Scanlan, who was then diagnosed with post-traumatic stress injury and depression about a year after returning home.

"People would always ask 'what's wrong,' and you constantly had to tell them nothing's wrong, because nothing was, but you felt miserable anyway."

Around that time, Scanlan said she briefly cycled with Wounded Warriors, a national charity supporting soldiers, and noticed an improvement in her condition when she trained. But because of her condition at the time, which she described as one of the worst times in her life, she never stuck with it.

The big change came when another wounded veteran convinced her to sign up for the Invictus Games in Toronto.

The Games, founded by Prince Harry, were launched as a way to showcase the "unconquerable spirit" of wounded service personnel. Over 400 athletes from 13 countries attended the first Games held in London in 2014. This year, 550 athletes from 17 countries are competing in Toronto.

"After you sign up and realize this is pretty big, and there's going to be a lot of people watching, you don't want to disappoint your community and country, so I started training," said Scanlan.

With regular training for road cycling, swimming, and wheelchair tennis — Scanlan volunteered to join a doubles team even though she doesn't use a wheelchair — she started to see massive changes in her life.

"The pain I was in was significantly reduced, I was sleeping better, I was feeling better, I was less anxious about things," said Scanlan, who said her life took a complete turn for the better.

"I started to be interested in things, when before, it was like you were asleep — I had a lot of difficulty connecting with people and getting interested in what was going on around me."

The experience of fighting to become better fostered a sense of camaraderie, which is what makes the Invictus Games so special, Scanlan said.

"We can look at each other, and know that every single one of us had to fight some battle to get from where we were to where we are now," said Scanlan. "Even if we lose, you can still be happy for someone else's success, because you know they had to fight just as hard as you to get themselves to be at this point."

Almost seven years after returning from Afghanistan injured, Scanlan said her life is proof that the battle to compete in Invictus Games can change lives. Her doctors told her she'd never be able to wear a uniform again, but this summer she was hired as a new recruit at her local fire department.

"The people who come out for the Olympics, they're out to win. But with Invictus, a lot of us are looking at how far someone has come," Scanlan said. "That may not equal a medal, but that'll equal huge changes in their lives."