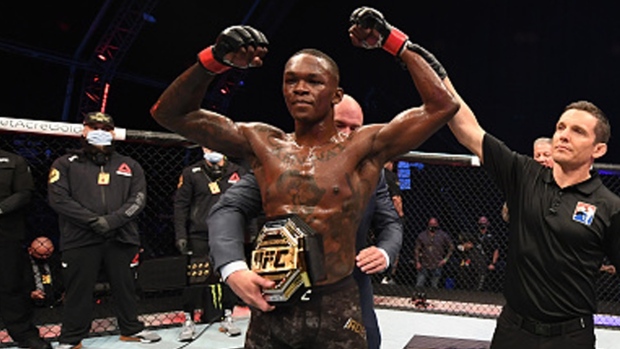 Israel Adesanya is still on top in the welterweight division.

"The Last Stylebender" defeated Marvin Vettori via decision at UFC 263 in Phoenix roughly three years after they first fought at the same location in 2018. Adesanya was awarded the win after a split decision, but Saturday's result was far more decisive.

Earlier in the night, Brandon Moreno submitted Deiveson Figueiredo in the third-round, taking the title in their rematch of a draw at UFC 256 from December.

With the win, Moreno also becomes the first UFC champion born in Mexico.