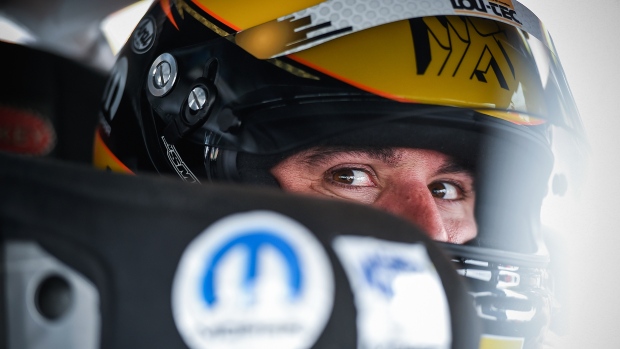 For 13 seasons, the NASCAR Pinty’s Series has been the pinnacle of stock car racing in Canada. With 13 races across the second largest country in the world, any driver who can conquer Canada will join elite company.

Since 2007, only six drivers have claimed the NASCAR Pinty’s Series championship. With Saturday’s season finale, the Pinty’s Fall Brawl at Jukasa Motor Speedway, one driver has the opportunity to build on past championships, while one looks to add his name to the list of champions.

Andrew Ranger is in the hunt for his third championship. NASCAR Canada’s winningest driver won the inaugural championship in 2007, following it up with another in 2009.

With a potential 10-year gap between championships – which would tie the second-longest span for a driver in the same NASCAR series – Ranger is chomping at the bit for his third title.

“It would mean so much for our MOPAR team,” Ranger said. “A lot of these guys have been with me for a long time and I want to make them champions.

“We’ve won a lot in this series but always seemed to have bad luck and couldn’t close the deal,” Ranger added. “Now we have the points lead with one race to go, I’m excited but I know Kevin will be a tough competitor.”

On the other side of the spectrum, former Champ Car Atlantic star Kevin Lacroix is perhaps the best driver in the series to not win a championship. Over the past four years, Lacroix has been close, really close.

Lacroix has a series-best 12 wins since 2015, and has finished top five in the standings each of his three full-time years. He has been in contention for the title in the season every year, but has either made mistakes, or been caught up in somebody else’s mistake.

“Over the past few seasons, our car has really gotten better,” Lacroix said. “I’ve gotten better as an oval driver and we now are a dominant team.

“Winning a championship would mean so much to not just me but my teams as well,” Lacroix added. “They all work so hard and a lot of them have dreamed about being champions, we’ve had a lot of bad luck over the years and to finally win it would be amazing.”

The gap stands at 11 points with one race to go, the Pinty’s Fall Brawl is setting up to be a classic and a thrilling end of one of NASCAR’s most exciting seasons to date.

Two drivers, 11 points, one race to decide it all.

Alex Labbe will miss the season finale as he heads south to compete at the Charlotte Motor Speedway in the NASCAR Xfinity Series.  This will be the eighth Xfinity Series race for Labbe with DGM Racing and team owner Mario Gosselin.  In his place, Quebec Late Model phenom Sam Charland will make his Pinty’s Series debut in the No. 36 Hotel Le Concorde Silverwax Festidrag Ford.

A strong field of 24 cars are entered for Saturday night’s finale at Jukasa. Dumoulin Competition and DJK Racing will each bring four cars. For DJK Racing their stable will include Andrew Ranger, DJ Kennington, Cole Powell and Juila Landauer, the same group that ran at New Hampshire. Meanwhile, LP and JF Dumoulin will be joined by Brandon White and Dexter Stacey.

For the second straight year, fans at Jukasa Motor Speedway are invited to watch the driver / crew chief meeting take place before the race. The meeting – in which NASCAR reviews rules and regulations with drivers, crew chiefs and spotters – will take place in the grandstands at 3:20 p.m., right before qualifying kicks off at 4 p.m.