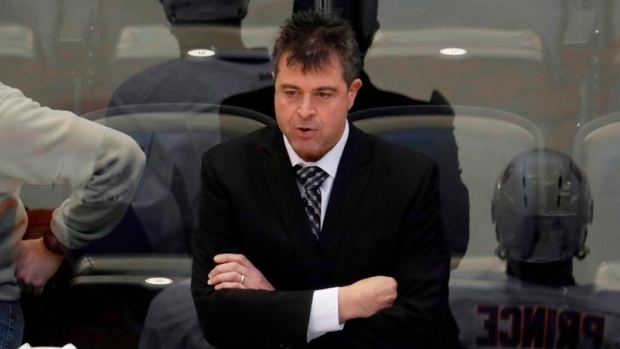 Jack Capuano has been named the head coach of the 2021 U.S. Men’s National Team. 🇺🇸

Capuano will be joined by assistants Nate Leaman (Providence) and Adam Nightingale (USNTDP). Sens video coach Mike King will serve in the same role and Kevin Reiter (USNTDP) will be the team's goaltending coach.

“We’re extremely fortunate to have an outstanding coaching staff, led by Jack Capuano,” Team USA and New York Rangers general manager Chris Drury said in a statement. “Their involvement with USA Hockey in various ways over the course of time and combined international experience will be of great benefit as we head into the tournament.”

This will be the fourth occasion that Capuano has coached an American entry at an international tournament. He previously was the U-18 head coach at the 2005 Five Nations Cup and served as an assistant at both the 2016 World Cup of Hockey and the 2017 IIHF World Championship.

Capuano, 54, is in his second season with the Sens. Prior to joining the Senators, Capuano spent seven seasons as head coach of the New York Islanders from 2010 to 2017, reaching the playoffs on three occasions.

A defenceman in his playing days, Capuano appeared in six NHL contests over three seasons with the Toronto Maple Leafs, Vancouver Canucks and Boston Bruins.

The 2021 IIHF World Championship is set to get underway in Riga on May 21.