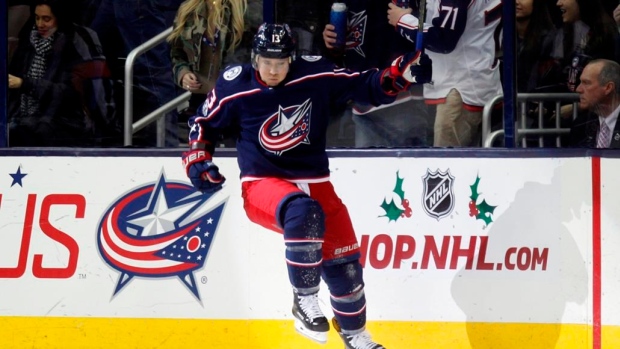 The Columbus Blue Jackets announced Tuesday that they will be without forwards Cam Atkinson and Alexander Wennberg for four-to-six weeks.

Atkinson suffered a fractured foot on Dec. 23 against the Philadelphia Flyers, while Wennberg hurt his back on Dec. 21 against the Pittsburgh Penguins.

Subsequently, the team announced later in the day that forward Tyler Motte and defenseman Dean Kukan have been recalled from its AHL affiliate, the Cleveland Monsters, in addition to forwards Jordan Schroeder and Sonny Milano, both of which have been added to the Blue Jackets roster on emergency recall.

Last season Atkinson, 28, was an all-star with 35 goals and 62 points, but is off to a slower start this year with six goals and seven assists in 32 games.

The Blue Jackets are 22-13-2 and hold the third playoff spot in the Metropolitan Division.