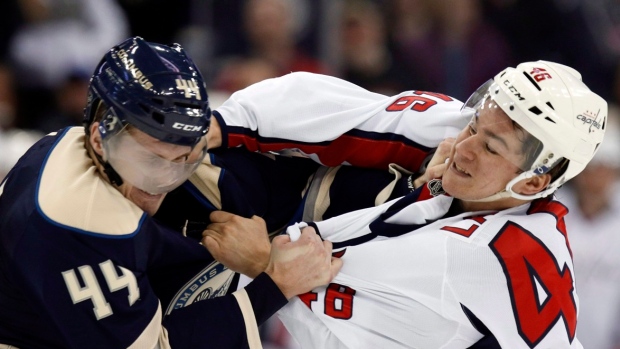 COLUMBUS, Ohio - The Columbus Blue Jackets have re-signed defenceman Justin Falk to a one-year, two-way (NHL/AHL) contract for the 2015-16 season.

The 26-year-old Falk had a goal and an assist in 18 games last season. He was picked up from Minnesota at the trade deadline along with a fifth-round pick for defenceman Jordan Leopold.

A native of Snowflake, Manitoba, Falk has two goals and 17 assists along with 134 penalty minutes in 147 career NHL games with the Blue Jackets, Wild and New York Rangers.

The signing was announced on Friday.