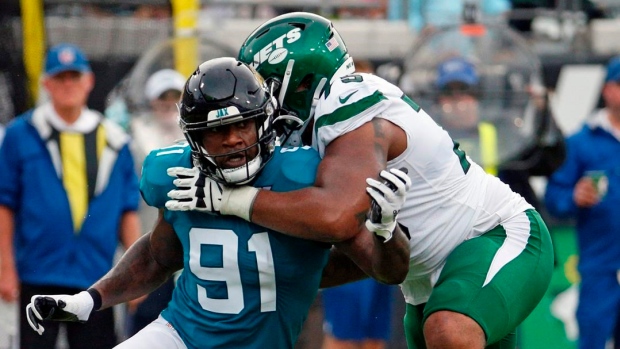 Jaguars coach Doug Marrone says DE Yannick Ngakoue is only player not at camp. Says he has not had any conversations with Ngakoue.

Ngakoue is the only player currently away from the time. Marrone added that he has not had any conversations with the defensive end.

The 25-year-old Ngakoue expressed his desire to be traded away from the Jaguars after the team placed the franchise tag on him earlier this off-season. Ngakoue has not signed the franchise tag, with multiple reports stating that he is looking to become highest-paid defensive end in the NFL.

Ngakoue, who was named a Pro Bowler for the first time in his career in 2017, registered 41 tackles, 8.0 sacks and four forced fumbles last season. He has amassed 105 tackles, 37.5 sacks and 14 forced fumbles over his four previous seasons.