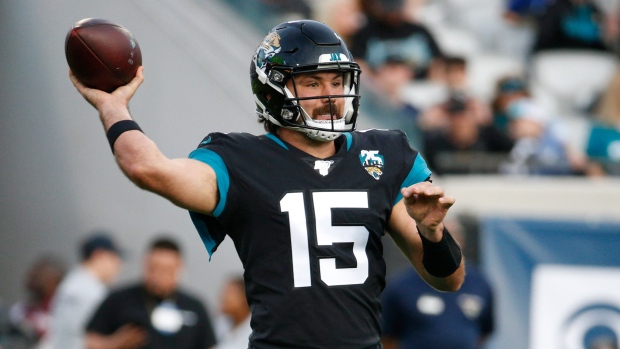 Jacksonville Jaguars quarterback Gardner Minshew has been placed on the reserve/COVID-19 list, the team announce Sunday.

Being placed on the list means Minshew has had close contact with someone who has contracted the virus or he has tested positive for COVID-19.

Minshew is the second well-known NFL quarterback to be placed on the reserve/COVID-19 list following the Detroit Lions announcing on Saturday that Matthew Stafford had been put on.

The 24-year-old Minshew is entering his second season in the NFL after serving as the Jaguars starting quarterback for most of last season. The former sixth-round pick was initially slated to be Jacksonville's backup, but he was thrust into the starter's role after Nick Foles broke his clavicle in the first game of the 2019 campaign. Foles initially regained the starting job once he was healthy, but Minshew was named the starter for the rest of the season ahead the Jags' Week 11 matchup.

With Jacksonville trading Foles to the Chicago Bears in March, Minshew is expected to be the team's undisputed starting quarterback.