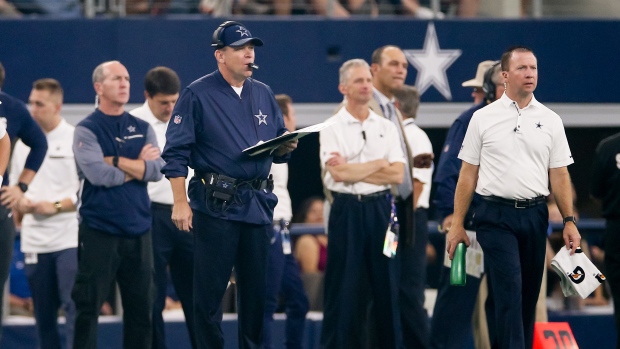 Linehan is scheduled to meet with coach Doug Marrone this weekend. Linehan was out of the NFL the past year after getting fired by the Cowboys following the 2018 season.

Marrone interviewed former New York Giants coach Ben McAdoo on Thursday. McAdoo wants to get back into the league after a two-year hiatus.

The Jaguars are looking to replace fired offensive co-ordinator John DeFilippo, who lasted one season. Jacksonville ranked 20th in total offence and 26th in scoring under DeFilippo. The Jaguars really struggled in the red zone and on third down.

Marrone is searching for someone to pair with second-year quarterback Gardner Minshew, who is expected to start over veteran Nick Foles. The Jaguars also need a quarterbacks coach after Scott Milanovich left to become head coach of the CFL's Edmonton Eskimos.

Linehan and McAdoo have plenty of play-calling experience. Both also have been head coaches in the NFL, which could give them a chance to succeed Marrone if Jacksonville doesn't end its losing ways. Owner Shad Khan has indicated that Marrone and general manager Dave Caldwell are facing high expectations in 2020, likely putting the entire staff in a win-or-else situation.

The Jaguars fired Coughlin, the team's executive vice-president of football operations, in mid-December.