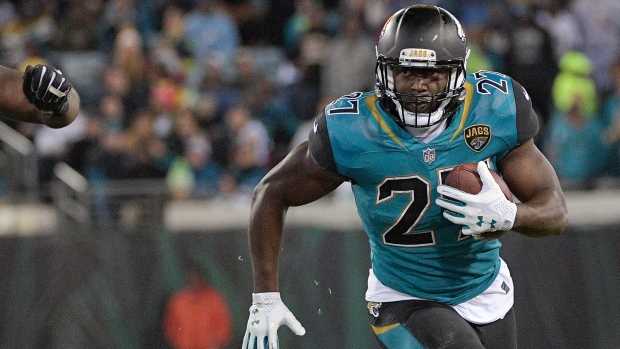 JACKSONVILLE, Fla. — Jacksonville Jaguars running back Leonard Fournette missed practice for the third consecutive day and was listed as questionable for Sunday's game against Houston.

Fournette injured his right quadriceps muscle against Seattle last week, but insisted Thursday he would play.

Coach Doug Marrone hinted at same, saying "you're at a point now in the season where it's just a matter of being cautious."

Seventh in the NFL in rushing with 923 yards, Fournette also missed time with a sprained ankle earlier this season.