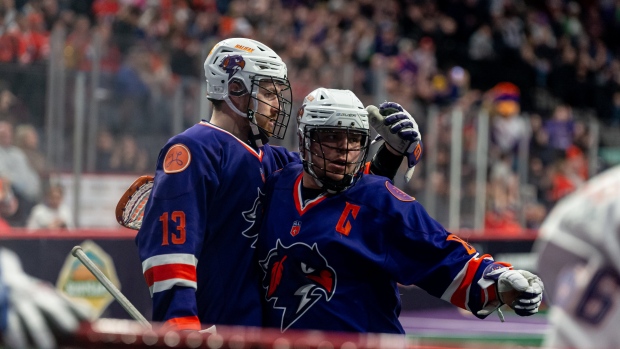 Clarke Petterson had two goals and three assists for the Thunderbirds (8-4), who moved past Buffalo and Toronto into first place in the North Division after the Rock lost 13-10 to Calgary on Sunday.

Warren Hill made 45 saves for Halifax, while Matt Vinc stopped 44 shots for Buffalo.