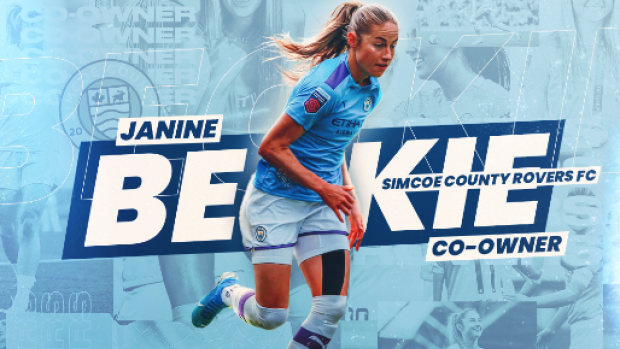 The team said Thursday the Manchester City forward has joined an ownership group that includes former Canadian international Julian de Guzman, who is the club's president and managing partner.

Current Canadian internationals Cyle Larin and Doneil Henry are also part of the ownership group along with CEO Peter Raco, COO Will Devellis and board member Kosi Stobbs. They acquired the franchise licence previously held by Aurora FC.

"Janine is a trendsetter and the perfect role model for the future of women’s soccer in Canada," de Guzan said in a statement. "Having her as co-owner will heighten and expand the growth of the game not only in the Huronia Region, but the entire nation.”

Founded in 2014, League1 Ontario is the third tier of soccer in the province with a men's and women's Premier Division.

De Guzman, Raco and Devellis had been involved with another Barrie side, 1812 FC, in the league but elected to go their own way.

The team is slated to open training camp in March.