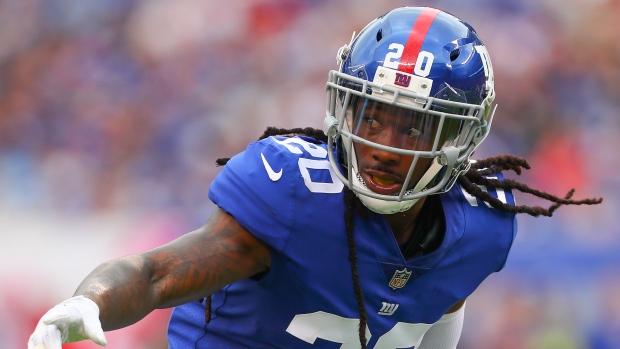 Janoris Jenkins was waived by the New York Giants on Friday, two days after responding to a fan on Twitter during the team's practice with a slur.

Jenkins, who refused to apologize for the slur in the aftermath, took to Twitter again on Friday with his response to the move by the Giants.

Best news ever.. Thank you

Giants head coach Pat Shurmur confirmed Friday that Jenkins refusal to sincerely apologize was the reason for his release.

“Obviously, what happened this week, and the refusal to acknowledge the inappropriate and offensive language, was the determining factor,” Shurmur said per ESPN.

Jenkins, sent the tweet while sitting out practice Wednesday with an ankle injury, said Thursday he regretted using the slur, but noted it's part of his vocabulary.

“Yeah, I regret it, but at the end of the day it’s my slang, so if you take it how you’re gonna take it then that’s on you,” said Jenkins. “I don’t mean to offend nobody. My daddy always told me speak freely and own up to what you say. So I always speak freely as a man, and I speak how I want to speak.”

He then said the apology he gave on Twitter late Wednesday was done to try to stop the media storm.

“Because I really didn’t see nothing so bad with it … 'til people like ya’ll just start picking it up making stories,” he said. “So I just decided to apologize.”

Jenkins appeared in 13 games with the Giants this season, recording 54 tackles and four interceptions. An eight-year NFL veteran, Jenkins was named to the Pro Bowl in 2016.