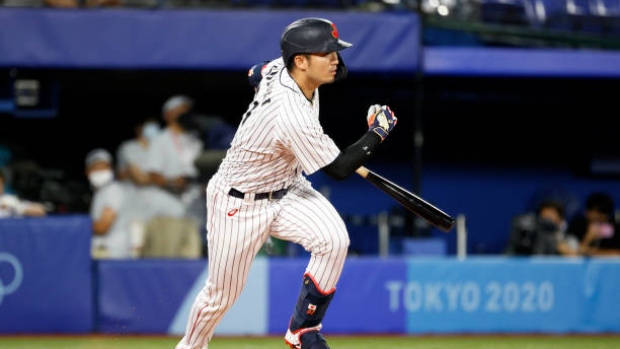 NEW YORK (AP) — Japanese outfielder Seiya Suzuki will be posted on Monday by his Japanese club and will be available for bidding by the 30 Major League Baseball teams.

MLB told its teams on Sunday that the posting will start Monday morning and run through 5 p.m. EST on Dec. 22.

He won the 2019 Central League batting title, is a four-time All-Star and a three-time Gold Glove winner.

The starting right fielder on Japan's gold medal team, Suzuki homered off the United States' Anthony Carter as the hosts rallied to beat the Americans 7-6 during the Olympic tournament. He singled twice off Nick Martinez as Japan beat the U.S. 2-0 in the gold medal game.