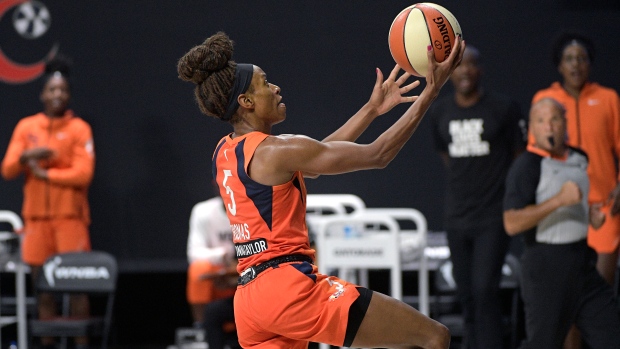 Jasmine Thomas had a career-high 31 points, Alyssa Thomas scored 18, and the Connecticut Sun pulled away early and cruised to an 87-62 win over the Las Vegas Aces in Game of 1 of the best-of-five WNBA semifinals Sunday.

Alyssa Thomas had six rebounds, five assists, five steals and two blocks. Natisha Hiedeman made 4 of 4 from 3-point range and finished with 14 points for Connecticut.

The seventh-seeded Sun lost their first five games, and six of seven, but rebounded to make the playoffs. They beat No. 6 seed Chicago and third-seeded Los Angeles in the first two rounds of the postseason.

Game 2 is scheduled for Tuesday night.