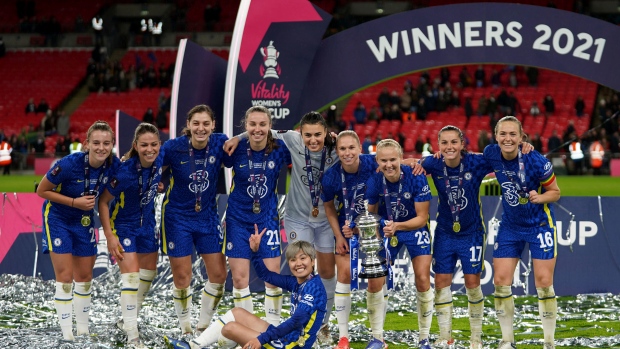 Australia striker Sam Kerr scored a second-half double as Chelsea cruised to a 3-0 victory over Arsenal at Wembley Stadium in the final of a competition that was delayed because of the coronavirus pandemic. Fran Kirby had given Chelsea a third-minute lead.

The 23-year-old attacking midfielder from London, Ont., who has won 94 caps for Canada, played the full match Sunday before a crowd of 40,942.

Sunday's match took place exactly 100 years to the day since England's Football Association banned women from playing football on league-affiliated grounds because it deemed it “most unsuitable” for them to play the game. The ban lasted nearly 50 years.