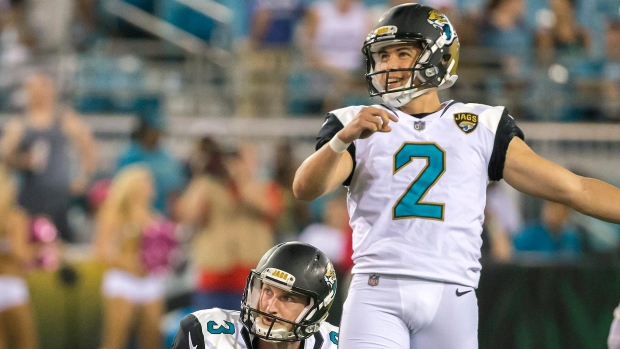 Myers was waived by the Seahawks on Monday after Sebastian Janikowski won the team's kicking competition.

The Jets now have three kickers on their roster. Taylor Bertolet has handled all of the kicking duties in New York's first two preseason games because Cairo Santos, a free-agent signing, is still recovering from a groin injury suffered last season.

Myers was signed by Jacksonville as an undrafted free agent out of Marist in 2015. He has converted 64 of 79 field-goal attempts, including 10 of 19 from 50 yards or longer.

Trinnaman was signed by the Jets as a rookie free agent in May. He played in New York's preseason opener, but sat out last week at Washington.