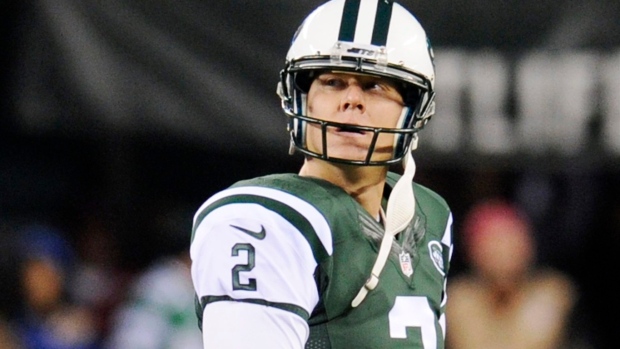 Folk was limited, but says being able to kick is "progress." He and coach Rex Ryan say how he feels Friday will go a long way in determining whether he'll play Sunday at Minnesota. Folk injured his right hip during the Jets' 16-13 loss to Miami last Monday night.

Ryan says team trainers are happy with the progress Muhammad Wilkerson is making with his turf toe injury, but acknowledged that the defensive end will miss his second straight game.

Tight end Jace Amaro (concussion) has resumed light exercising, but is still going through the NFL's protocol for head injuries and could miss Sunday's game.