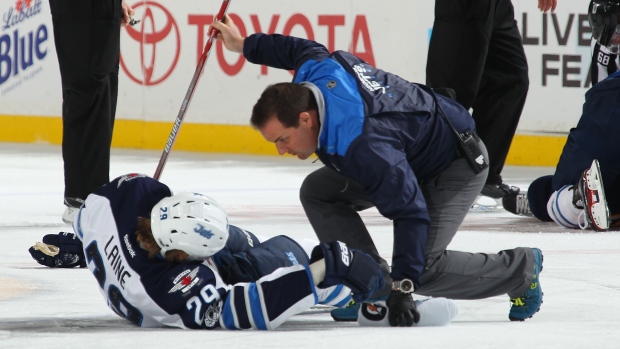 Winnipeg Jets forward Patrik Laine left Saturday afternoon's 4-3 loss to the Buffalo Sabres midway through the third period after a hit in the neutral zone from defenceman Jake McCabe.

Laine received a pass with his head down and collided with the oncoming McCabe a stride before the Sabres logo at centre ice. The 18-year-old Finn collapsed to the ice, landing flat on his back, and was later helped off after being looked at by team medical staff. He did not return to the game.

Jets forward Mark Scheifele came to his teammate's defence and was given a minor penalty for roughing.