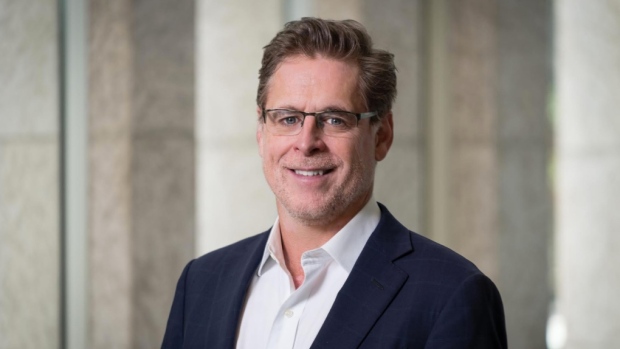 Exactly three weeks ago – on Feb. 12 – Jim Little granted his first set of interviews to the local media in Ottawa.

As the new CEO of the Ottawa Senators, Little wanted to make it clear the public would be seeing and hearing a lot from him in the months ahead.

But shortly after 10 a.m. ET on Wednesday morning, a rather terse press release was issued by the club stating that Little had been dismissed from his duties as chief executive officer.

The statement indicated Little had engaged in conduct that was “inconsistent with the core values of the Ottawa Senators and the National Hockey League.”

It should be noted that NHL commissioner Gary Bettman was asked about the dismissal at the general managers meetings in Boca Raton, Fla., on Wednesday morning and simply said, “It’s not what you think.” Bettman characterized the dismissal as an “internal operations” decision.

The Senators are once again dealing with a pot of instability that always feels like it’s on the verge of boiling over.

There were rumblings last week that Little and Melnyk weren’t seeing eye-to-eye on a couple of issues, but even the biggest skeptics didn’t believe a divorce was so imminent. After all, Little had only officially been on the job since Jan. 10 – a span of 54 days.

The hockey club has been a laughingstock around the league for its inability to retain senior management. Wednesday’s news has simply added another fresh punchline for cynics to pounce on.

Since firing the affable and popular Cyril Leeder on Jan. 25, 2017 – roughly three years ago – the Senators have watched a carousel of suits come through their doors to try and fix their broken relationship with corporate partners.

There was Tom Anselmi – one of the most well-respected names in the industry – who quietly vacated his position as president and CEO after about a year on the job in early 2018. Nicolas Ruszkowski lasted less than one calendar year in his position at the top of the corporate ladder, with the title of chief operating officer.

But as short as those tenures were, Little effectively said, “Hold my $5 pregame beer,” and watched his position evaporate into thin air after just 54 days on the job.

For an organization that actually seemed to be inching towards respectability – albeit at a glacial pace – Little’s sudden departure drags it back into the dysfunctional news cycle it has been desperately trying to escape.

The Senators had been moving the needle in the positive direction lately, with the feel-good Bobby Ryan story not even one week old. Now the club has to answer why another senior executive – who was touted as being the right fit – has suddenly parted ways with the club.

As has been stated before, the number of well-respected people who have left the organization over the last six or seven years under mysterious circumstances would create the perfect basis for an entire season of Stranger Things. The plot summary would simply read: A series of high-profile people vanish from a National Hockey League team without a trace, leaving no explanation for their departures.

Not a single person who has left the organization – Leeder, Anselmi or Ruszkowski – has given an on-the-record account of their departure. All have chosen to take the high road and given the legal ramifications that could be hanging around Little’s departure, it’s safe to assume he won’t speak either.

The common thread in all of these departures, of course, is owner Eugene Melnyk. And whether or not Melnyk is to blame for this latest divorce is immaterial to many Senators fans, who will point the finger in his direction whether he deserves it or not.

The Senators owner, however, has been uncharacteristically quiet this season, declining all media opportunities. So unless Melnyk breaks from his current hiatus with the media and does a surprise round of interviews, it’s safe to assume Little’s abrupt exit from the Senators will simply vanish into the cone of silence along with the others.

There was a time in which being the Senators head coach was the most fragile job in the league – as John Paddock, Craig Hartsburg, Cory Clouston, Paul MacLean, Dave Cameron and Guy Boucher can all attest.

But now it feels like the position in hockey with the least amount of security is the person at the top of the corporate ladder for the Senators.

The press release indicates the search for a new CEO is already underway and we should expect a replacement for Little to be named in the coming weeks.

Whenever that announcement is made, it will be met with a great deal of skepticism and derision in this marketplace and around the NHL.

After all, the new over/under for how long the next CEO of the Senators will last is now set at 54 days.

“The statement made today by the team contained some language that deserves some clarification. On Valentine’s Day, the owner and I had a personal disagreement over the approach that I had been pursuing. I am a strong-willed person, and the disagreement included me using some very strong language with him over the phone, including swearing, which he did not appreciate and for which I later apologized.

“It was these events, to my knowledge, which led to my dismissal.  Any other inference from the statement is wrong.”