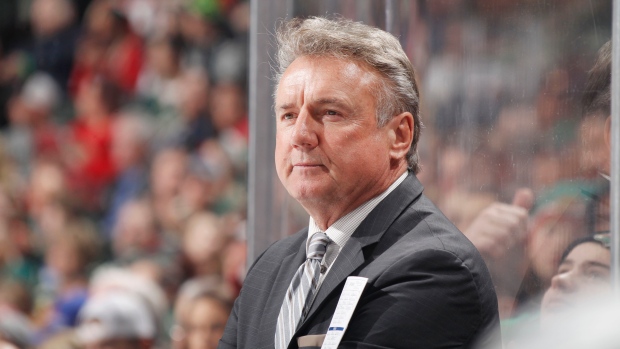 To the surprise of almost no one, Dallas Stars general manager Jim Nill is giving interim head coach Rick Bowness a vote of confidence.

Nill told reporters Tuesday that Bowness has “earned the right to come back as the coach,” though a full conversation and a final decision will take place after the season.

Bowness took over for Jim Montgomery mid-way through the season and guided the team to the Stanley Cup Final following a 4-1 series victory over the Vegas Golden Knights in the Western Conference Finals, capped off with a 3-2 overtime victory Monday night. Bowness and the Stars will take on the winner of the Tampa Bay Lightning-New York Islanders series, which the Bolts currently lead 3-1.

During the regular season, Bowness guided his Stars to a 20-13-5 record followed by victories over the Calgary Flames and Colorado Avalanche in the first and second round of the playoffs.

Prior to this season, the 65-year-old had not coached in the NHL since a 20-game stint with the then Phoenix Coyotes in the 2003-04 season.