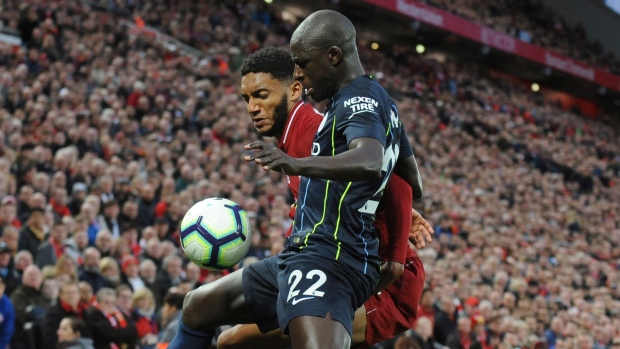 The club announced on Wednesday that centre-back Joe Gomez incurred a knee injury on international duty with England and has been withdrawn from the squad.

The 23-year-old London native has returned to the club for further diagnosis.

The Reds have already been struck by multiple serious injuries this season. Captain and central defender Virgil van Dijk is expected to miss the rest of the season with a knee injury. Fabinho, pressed into central defence after the injury to van Dijk, is out with a thigh injury of his own. Left-back Trent Alexander-Arnold was not called up to England because of his lingering leg issue. Midfielder Thiago Alcantara is also on the shelf with a knee injury.

The Reds return from the international break on Nov. 21 when they host the Foxes at Anfield.