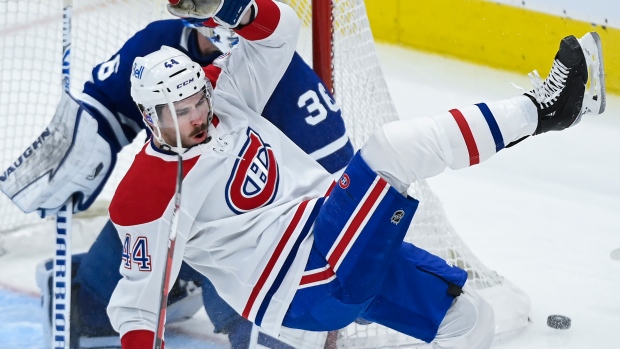 Montreal’s Joel Edmundson has been fined $1,000, for a dangerous trip on Toronto’s John Tavares.

NHL Player Safety announced the penalty Sunday. Under the collective bargaining agreement, $5,000 is the most a player can be fined.

Tavares recorded an assist in 16:58 of ice time while Edmundson was held without a point in 19:02. Toronto went on to win the game 3-2 and clinch first place in the North Division.

Edmundson has three goals and 10 assists in 54 games this season for the Habs.