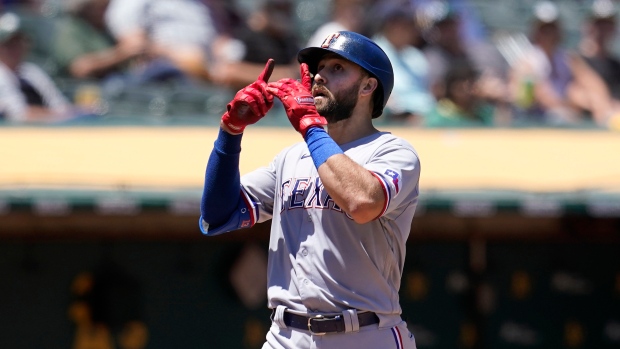 One of baseball’s best power hitters is on the move.

The Texas Rangers are dealing slugger Joey Gallo to the New York Yankees pending medicals, according to multiple reports.

Heading back to the Rangers will be right-hander Glenn Otto, second baseman Ezequiel Duran, shortstop Josh Smith and second baseman/outfielder Trevor Hauver among others, according to reports.

An All-Star for the second time in three years in 2021, Gallo has 25 home runs and 55 RBI in 95 games for the Rangers so far this season. This was his seventh season in Texas since being called up in 2015, however Gallo has only seen regular time at the big-league level since the 2017 season.

Known for his ability to hit the baseball a long way, Gallo took part in the MLB Home Run Derby earlier this month at Coors Field in Denver but was eliminated by shortstop Trevor Story in the first round.

He was selected in the first round of the 2012 MLB Draft out of Bishop Gorman High School in Las Vegas.