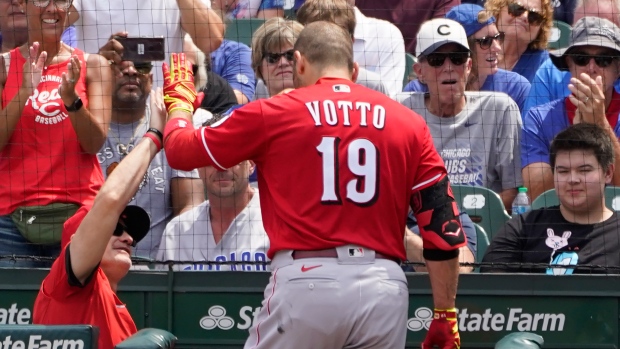 Joey Votto has done it again.

The Canadian homered in his seventh straight game Friday night and now sits one behind the MLB record of eight consecutive games with a home run.

With the Reds on top 2-1 in the top of the sixth inning, Votto took a 2-0 offering from New York Mets right-hander Drew Smith up and over the centre field wall for his 21st of the season. He also surpassed Trail, B.C., native Jason Bay as the Canadian MLB record holder with homers in six straight games.

The Reds will continue their series with the Mets Saturday at Citi Field.