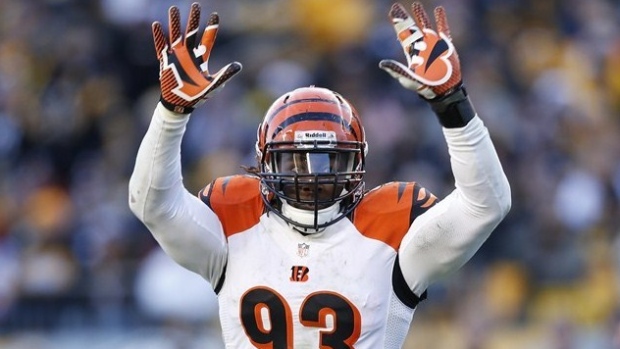 Johnson signed a four-year contract with the Bengals on Sunday and will return to the club a year after leaving as a free agent for Tampa Bay. The Buccaneers released Johnson last week.

"Our entire organization is just ecstatic about getting Mike back," said Bengals coach Marvin Lewis in a statement Sunday. "He's earned tremendous respect from coaches, teammates and management. He did tremendous things for us while he was here, and we look forward to having him blend back in and uplift us as defensive football team."

Johnson completed just one season of a five-year, $43.75 million contract he signed with Tampa Bay last March. He dealt with an ankle injury last season and played in 14 games for the Bucs, accumulating four sacks and 27 tackles.