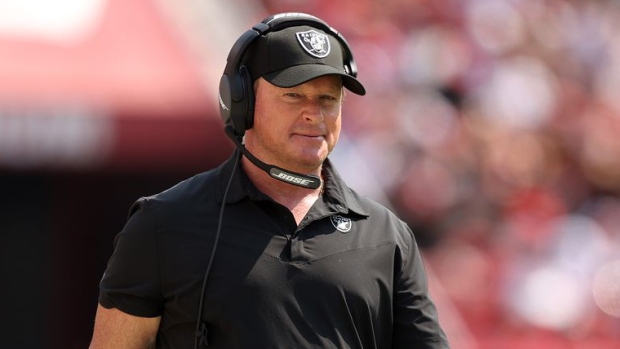 The 21-page complaint, obtained by the Las Vegas Review-Journal's David Ferrera, states that Gruden was forced to resign and alleging "through a malicious and orchestrated campaign, the NFL and Commissioner Roger Goodell sought to destroy the career and reputation of Jon Gruden, the former head coach of the Las Vegas Raiders."

Gruden's suit alleges that the league levied additional leaking of documents to pressure Gruden into stepping down.

“When their initial salvo did not result in Gruden’s firing or resignation, Defendants ratcheted up the pressure by intimating that further documents would become public if Gruden was not fired,” the lawsuit states. “They followed through with this threat by leaking another batch of documents to the New York Times for an October 11, 2021 article. On October 7, 2021, Jon Gruden was the head coach of the Raiders on a 10-year, $100-million contract. By October 11, 2021, he had been forced to resign.”