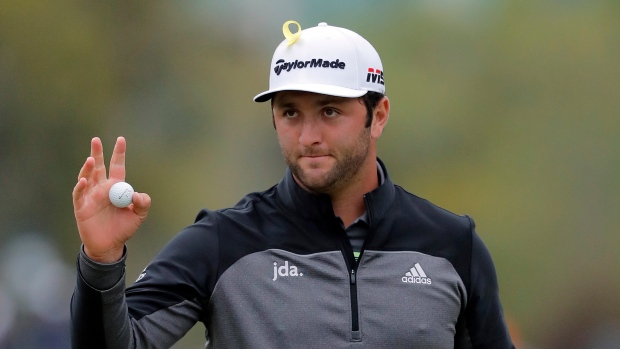 MADRID — Jon Rahm shot an 8-under 63 on Saturday to match the course record and take a five-shot lead entering the final round of the Spanish Open.

The defending champion had a back-nine 28 to charge to the front at the Club de Campo Villa de Madrid. The crowd favourite hit eight birdies, two bogeys and an eagle in an eventful third round, putting him at 17 under for the tournament.

Fellow Spaniards Rafa Cabrera Bello (70) and Samuel del Val (69) were tied for second place at 12 under.

Jens Dantorp of Sweden (65) is fourth, six shots off the lead.

"I've never teed up with such a lead," said the 24-year-old Rahm. "Every time I've teed off it's been a one-shot lead or tied for the lead so it's going to be a little bit of a different story."

Rahm, seeking his fifth European Tour win, had consecutive bogeys after starting with three birdies in his first seven holes. He had birdies on Nos. 12-15 and then eagled the par-4 16th.

"It's just one of those days where everything was going good for me on that back nine," Rahm said.

Sergio Garcia had five birdies and three bogeys in a 69 that left him at 6 under for the tournament, tied for 18th and 11 shots off the lead.