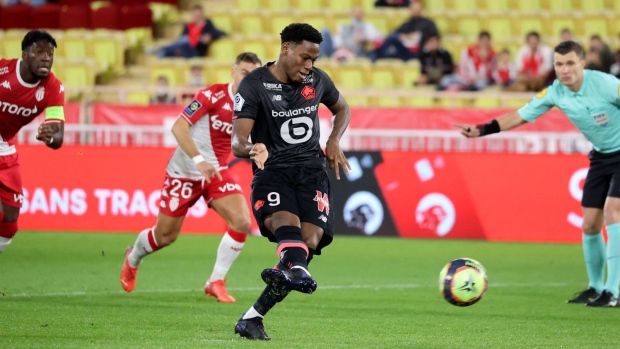 Could Jonathan David be heading to the Bernabeu?

Add Real Madrid to the list of teams enamoured with the 21-year-old Canada striker and Los Blancos could have a trump card to play when it comes to landing the Ottawa native.

Spanish outlet Marca reports Real could use Belgium winger Eden Hazard as a makeweight for David. Hazard, 30, is a product of the Lille academy and spent five seasons with the first team before a £32 million move to Chelsea in 2012.

In an interview with Radio-Canada on Wednesday, David's agent, Nick Mavromaras, said that he expects his client to move on from France at the end of the season. David is currently Ligue 1's leading scorer with 11 goals in 18 matches this season.

“For us, the goal is to finish the season with Lille, but this will be his last season there for several reasons,” Mavromaras said. “I think the Premier League is a great option for him. I think he likes Spain a lot, too...these two leagues are the main priorities for him, but nothing is being ruled out. You never know with Paris Saint-Germain or the big Italian clubs."

Among other clubs that have been attached to David in recent months are West Ham, Arsenal, Liverpool and Manchester United.