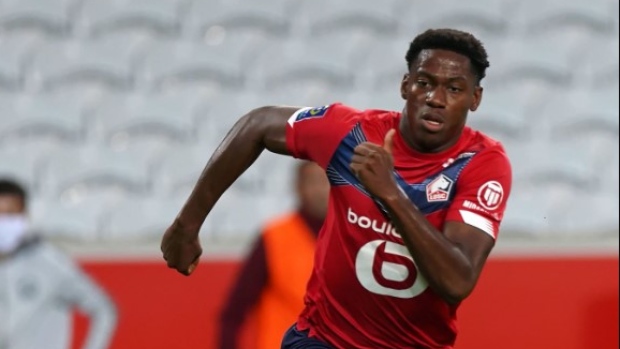 Canadian Jonathan David scored two goals and added an assist as Lille OSC cruised past A.J. Auxerre to open the Ligue 1 season with a 4-1 win.

David assisted on a Benjamin Andre goal in the opening minute and then scored one of his own two minutes later to give his side a 2-0 lead. David was at it again in the 39th, taking a pass inside the box and sliding it past the Auxerre keeper for his second of the day.

The 22-year-old from Ottawa is in his third season with Lille after joining the club from Belgian side KAA Gent in the summer of 2020.

A member of Canada's men's national team, David has 32 appearances and 26 starts for the red and white with 21 goals and 11 assists. David had 13 goals and three assists in 37 games for Lille last season.