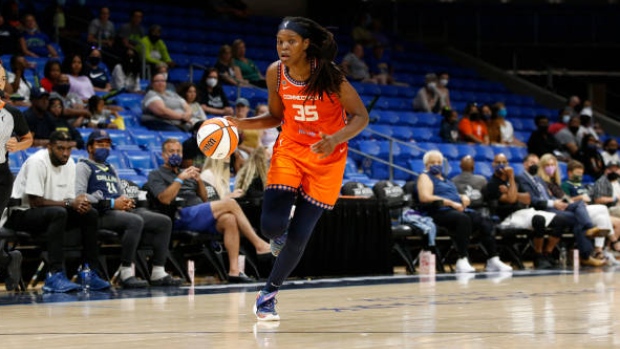 ARLINGTON, Texas (AP) — Jonquel Jones had 19 points and 15 rebounds to help the Connecticut Sun beat the Dallas Wings 80-59 on Sunday.

The Sun took to lead for good when Jonquel Jones made a layup about three minutes into the game and used an 18-6 run to make it 28-14 early in the second quarter.

Connecticut, which lost in the Commissioner’s Cup title game to Seattle on Thursday night in Phoenix, has won three straight WNBA regular-season games.

Arike Ogunbowale led the Wings (9-13) with 20 points. Dallas has lost four in a row and five of its last six.